25th Anniversary of the Baltic Way 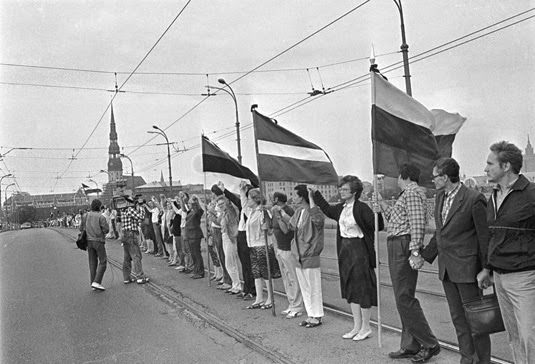 25 years ago today an event took place which the world had never witnessed before. Around 2 million people joined hands to form a 650km long human chain along the roads linking Tallinn, Riga and Vilnius, the capital cities of Estonia, Latvia and Lithuania respectively. This protest event would become known as the "Baltic Way".

The event marked the 50th anniversary of the Molotov-Ribbentrop pact, a secret arrangement in 1939 between Hitler's Nazi Germany and Stalin's Soviet Union which divided Europe into "spheres of influence". Contained within the pact were secret protocols which led to the illegal invasion, occupation and annexation of the Baltic countries into the Soviet Union in 1940. 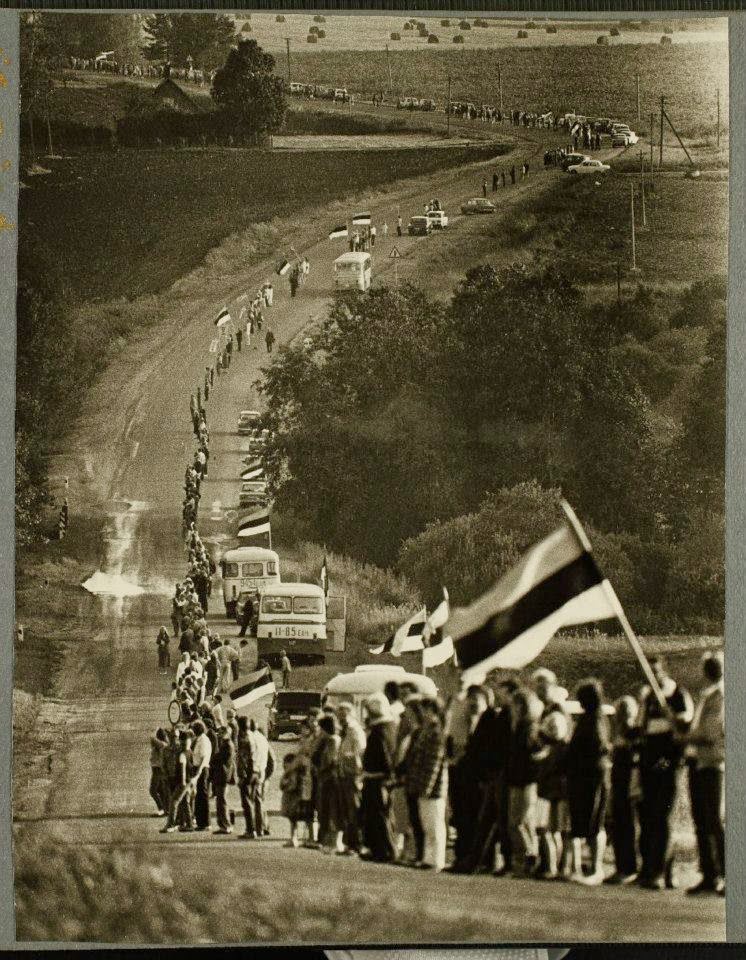 Protesters used radios and free buses to coordinate the event.  It was entirely peaceful and sought to draw the world's attention to the illegality of the Baltic countries' occupation by the Soviet Union and the longing of Estonians, Latvians and Lithuanians to restore their independence and determine their own futures. The event was also a show of solidarity between the three Baltic nations and a song in three languages "The Baltics are Waking up" was sung by protesters. The threat of Soviet military action to crush the protest was ever present but that did not deter these people. East Germany and Romania had also offered military assistance to the Soviet Union for this purpose but despite this looming threat, the protest proceeded peacefully.

Over the next two years further protests together with other political and economic events led to the Baltic countries restoring their independence in 1991. 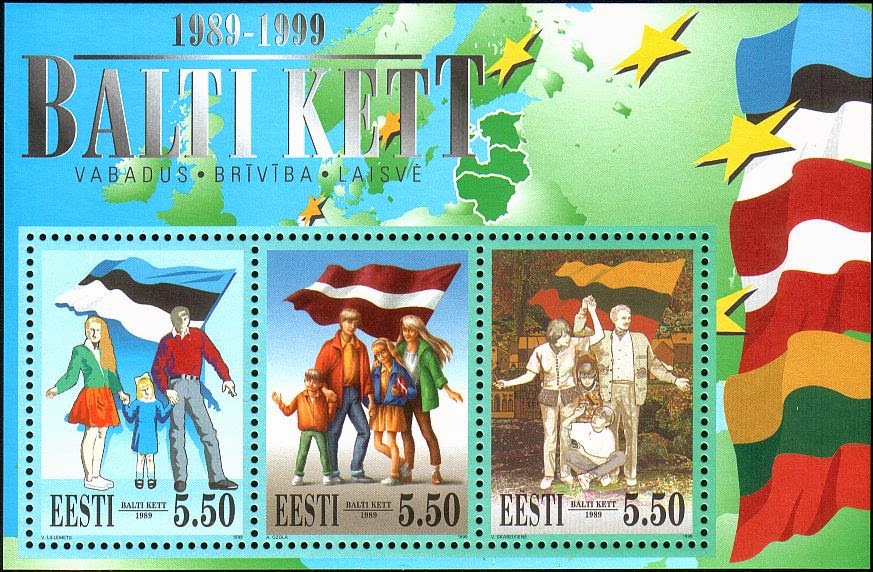 For more information about the Baltic Way, please click on the links below:
http://baltikett.ajaloomuuseum.ee/eng/index.html
http://www.balticway.net/


The theme song 'The Baltics are Waking Up' / 'Ärgake Baltimaad' was a trilingual song sung  by the participants from the three countries.