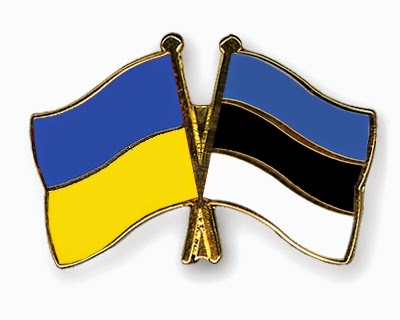 Today is Ukrainian Independence Day.  I have noticed over the past several months that more readers from Ukraine than any other country have been visiting this blog.  This has of course delighted me very much and I saw today as a good opportunity to thank all of my Ukrainian readers and to extend my best wishes to them on their national holiday.

Ukraine's history is not unlike Estonia's.  The country was subject to foreign rule for eight centuries, from the collapse of Kievan Rus in the 12th century through to 1917 when an unstable and short lived Ukrainian republic was established. The country was incorporated into the Soviet Union in 1921 up until 24th August 1991 when independence from the Soviet Union was achieved through a referendum. The country continues to endure much suffering as a result of foreign interference in its affairs and most Estonians I have spoken to understand the longing of the Ukrainian people to determine their country's future, whatever that may be. No one cares more about Ukraine's destiny than the Ukrainian people themselves.

Like Estonia, Ukraine has also suffered enormous population losses in the last hundred years as a result of state sponsored terror, murder and deportations.  Estonia lost 25% of its population after World War II from war deaths, Soviet and Nazi executions and Holocaust victims. Notwithstanding the enormous number of Ukrainian deaths in World War II, 7 million Ukrainians (25% of its population at that time and more than the entire population of the Baltic countries combined) perished between 1932 and 1933 in a premeditated and deliberately engineered famine known as the Holodomor (Ukrainian: "murder by starvation"). The famine was designed to wipe out the Ukrainian peasantry as part of Stalin's ruthless collectivisation of agriculture. All grain and foodstuffs were confiscated from Ukrainian peasants by Soviet troops and movement of the population was restricted.  People resorted to extreme measures to survive including catching rats, cats, birds and dogs because their food was simply taken away. Any attempts to hide or smuggle food were punished with death.

Today Ukraine is faced with major challenges from external forces for which Estonians and all other freedom loving peoples feel great empathy. After all the horrors the world has witnessed during the last hundred years you would think that the human race would be more evolved and have learned its lessons from the past. Clearly this is not the case for a great many individuals.  Ukraine has enormous potential; an educated and motivated workforce, highly fertile black soil and abundant natural resources.  Once stability is restored in Ukraine and the nation is able to embark upon a genuinely democratic path with an efficient and limited government, the country will be able to fulfil all of its underlying potential. Ukrainians love their country just as the Estonians love theirs and there is no reason why Ukraine should not thrive as Estonia has done once the country gets back on its feet. 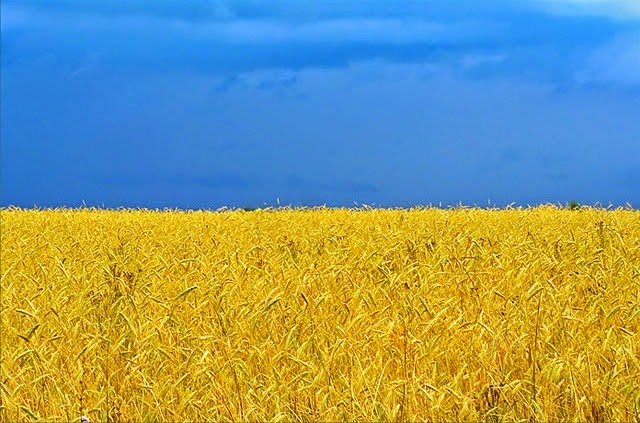