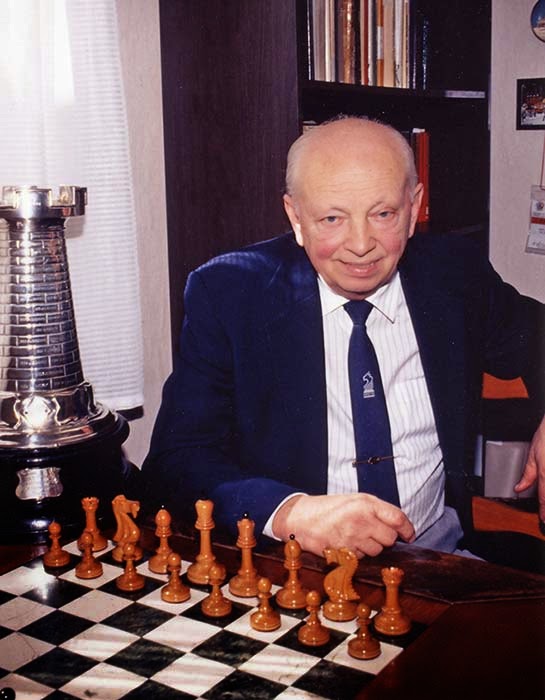 We know of Paul Keres, Estonia's greatest ever chess player born in Narva, but he is not the only world class player to have emerged from that city. Ortvin Sarapu (born Sarapuu) was also born in Narva in 1924 and eventually made a name for himself as a chess player in his adopted country of New Zealand.  Ortvin Sarapu won or shared the New Zealand Chess Championship some 20 times, more than any player has won their own country's national championship before or since.

As a boy Sarapu loved playing different sports and started playing chess aged 8. His first win was the Estonian Junior Championship in 1940. He fled to Finland in 1943 after the German army occupied Estonia and later stayed with a family friend in Denmark.  In 1946 he won both the Copenhagen championship and the Copenhagen 5 minute blitz championship. His only international tournament held in Europe was in Oldenburg, West Germany in 1949 which saw him finish in fifth place.

Like many Estonians after World War II, Sarapu found himself displaced and with no home to which he could return. He wanted to get away from the devastation in Europe and was advised by New Zealand chess player Robert G. Wade that the country might be a suitable place for him to resettle. Wade wrote a letter of recommendation for his immigration application which helped him to start a new life there.

Shortly after his arrival in Wellington in 1950 it became apparent that his chess skills were far ahead of the standard in New Zealand at the time. His prowess on the board did much to raise the profile of chess in New Zealand. He went on to win or share the New Zealand Chess Championship some 20 times, became an FIDE International Master in 1966 and was eventually awarded an MBE for his services to the game.

Sarapu married his Polish wife Barbara in 1950 and had one son Peter to whom he taught chess at the tender age of three and a half. In New Zealand he became affectionately known as "Mr. Chess" and the Sarapu Cup is named in his honour. Ortvin Sarapu died in Auckland in 1999 and was playing aggressive chess right up until the day before he died. He was a true master of his game and will always be remembered as a pioneer of New Zealand chess.