Estonia's Underwater Prison Makes it on the Amazing Places List 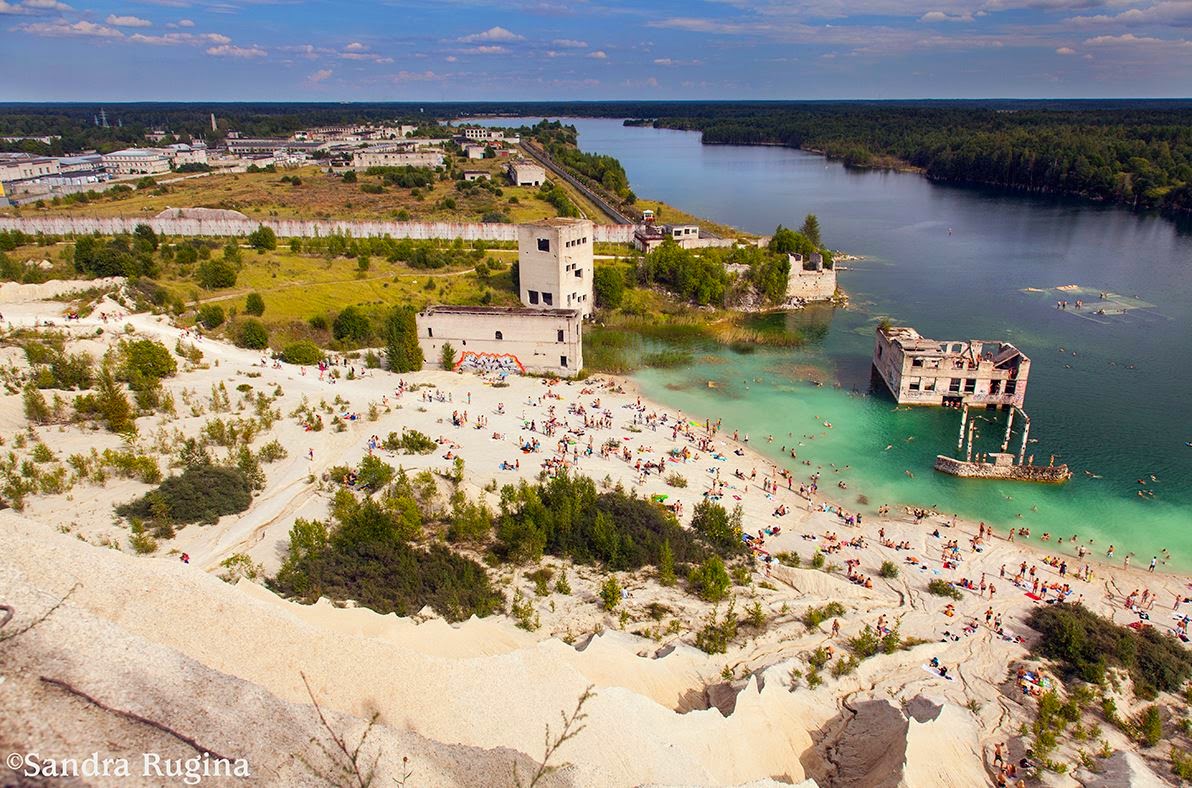 I like it when Estonia pops up on the radar, drawing international attention in a positive way. Recently that was due to the publicity surrounding a former prison in Rummu, located in north-western Estonia.  The prison was established in 1938 at the same time as the limestone quarry that was situated next door. During Soviet times inmates were forced to work in the quarry, essentially providing free labour. After Estonia's restoration of its independence in 1991, operations abruptly ceased and the quarry and prison flooded soon thereafter.

Today the site resembles a half-flooded Atlantis consisting of ruined buildings in the middle of a lake with a white beach lining its shores.  There are also several white limestone "hills" in the area with eroded surfaces that resemble rock formations found in the American and Australian deserts.  This peculiar combination in the middle of the Estonian countryside makes the site otherworldly in literally every respect.

Bathers flock to its beach in summertime and the lake is a year round favourite for scuba divers exploring the ruined and partially flooded buildings.  What was once a dark and forbidding place has now emerged into an adventure lover's paradise.

To read the full article and to discover more great places from around the world, please click here:
http://www.amazingplacesonearth.com/underwater-prison-estonia/