It's always a joy to visit the beautiful city of Tartu. It's the birthplace of my grandmother and ancestral home of my grandfather's family. Tartu is less than 2 hours' drive from Tallinn and offers many attractions in the city and surrounding area. 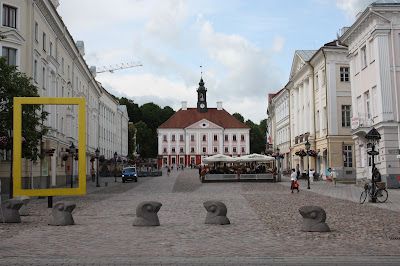 The National Geographic frame can be found in many must-see places in Estonia. 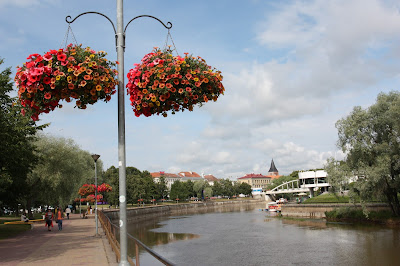 The river which flows through Tartu is called the Emajõgi (Mother River). 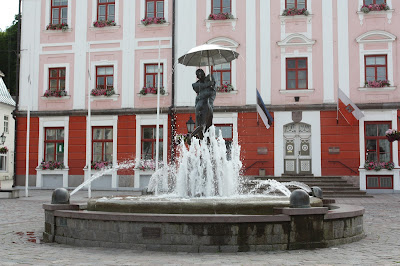 The most photographed statue in Tartu is the 'kissing students' outside the town hall. 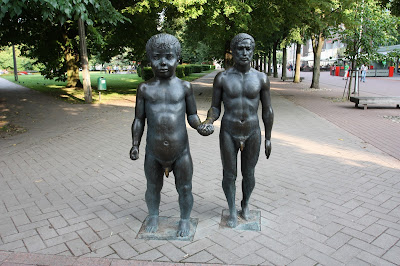 These statues represent the human body's physical proportions in early childhood and adulthood.
Another much photographed statue. 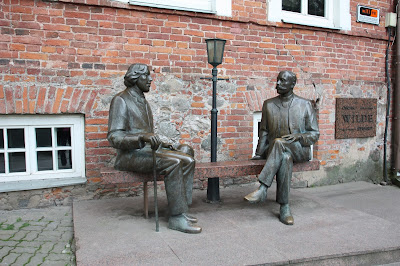 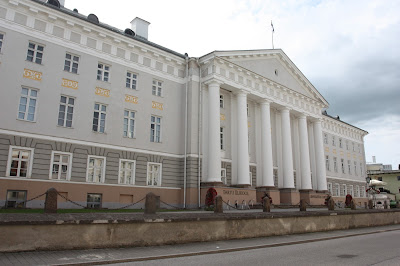 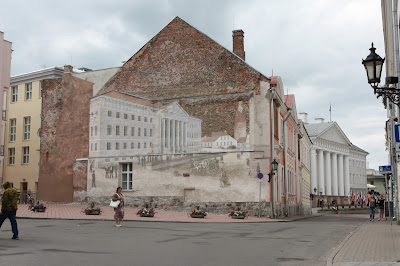 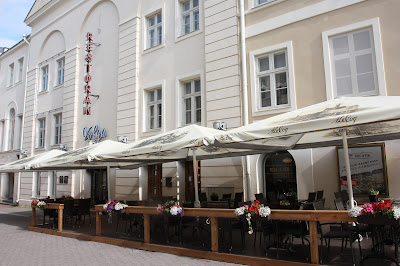 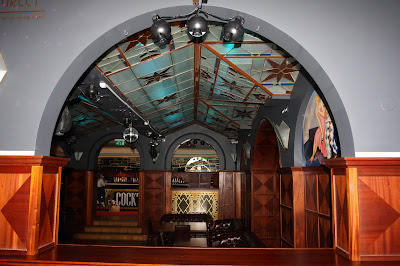 My grandmother worked here as a teenager during its heyday. 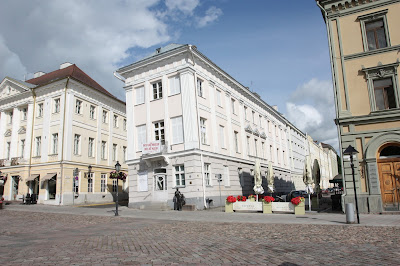 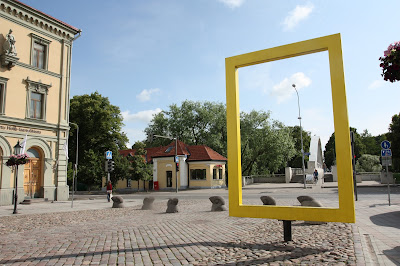 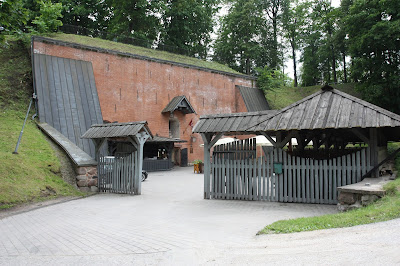 The Gunpowder Cellar.
I love eating here - great food, great prices, great atmosphere.
It's featured in the Guinness Book of Records for having the world's highest pub ceiling! 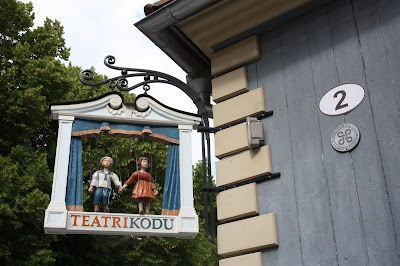 Strolling along the streets of Tartu, you will undoubtedly discover many cute things. 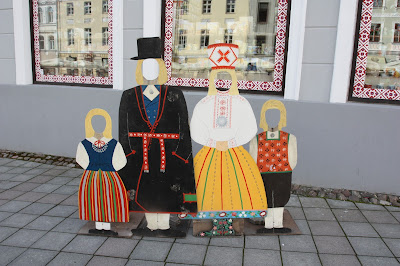 Stop for a snapshot and try traditional Estonian folk costumes on for size! 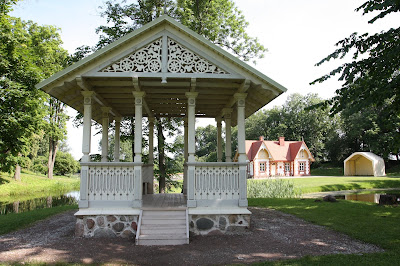 When visiting Tartu a trip to Luke Manor is a must!
The village of Nõo is only 15 km away from the centre of Tartu. 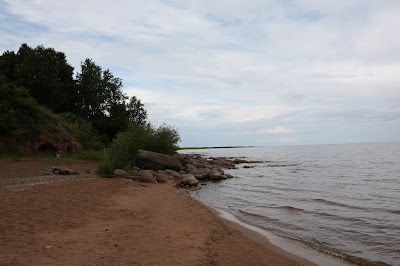 You can do many day trips when you base yourself in Tartu.
Lake Peipsi is the largest lake in Estonia and the 5th largest in Europe.  It is so big that you cannot see the other side and is teeming with pike and trout. 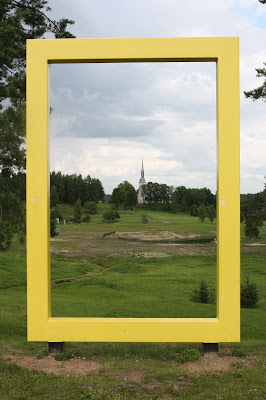 Otepää is the winter capital of Estonia. The hilly area is great for skiing and snowboarding.
It's also lovely in summer too! 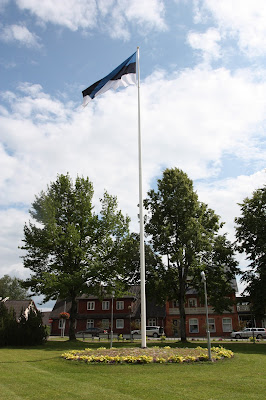 Otepää is the birthplace of the Estonian national flag. 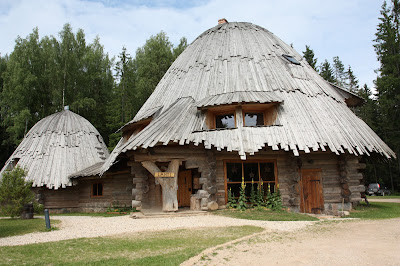 Edgar Valter was a beloved Estonian author and artist and in 2008 his creation "Pokumaa" (Poku Land) was opened to the public. 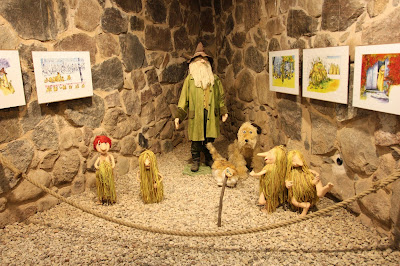 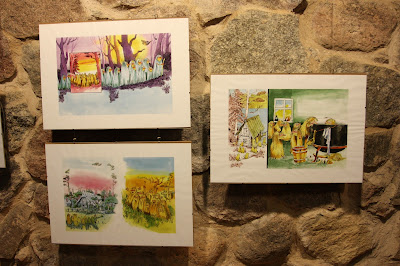 Some of the works of Edgar Valter. 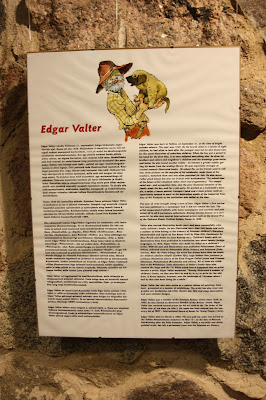 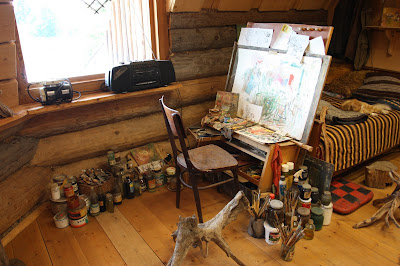 After the completion of Pokumaa Edgar Valter actually lived here. 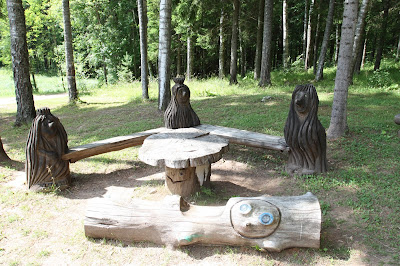 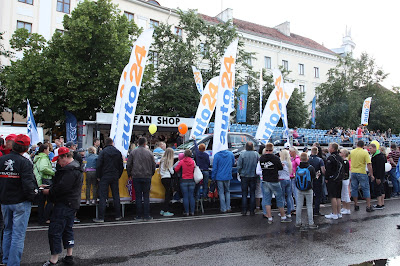 Rally Estonia 2015
I'm not into car racing but I really enjoyed the atmosphere. 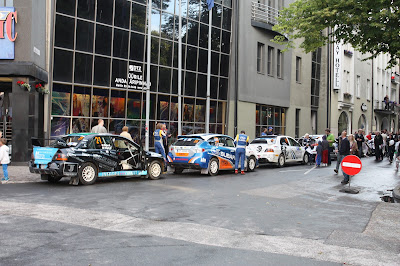 After the drivers were introduced they parked their cars not far from where I was staying in Tartu. 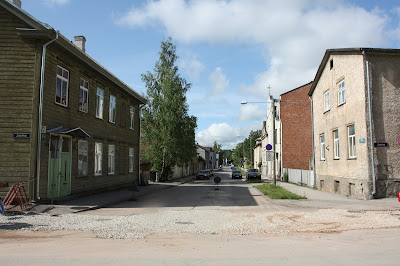 Before I left Tartu I made a point of visiting Kivi Street where my grandmother grew up as a child. I was pleased to discover that her old home was still there.

Next stop on my two week summer holiday - southern Estonia!