The Estonian-Finnish Film 'The Fencer' is a Must See 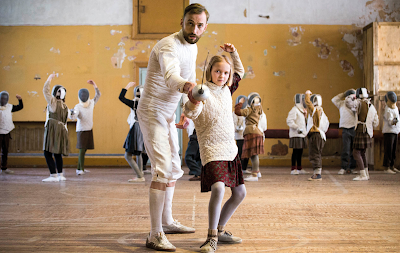 Last Friday I attended my first Munich Film Festival and am pleased to say it exceeded my expectations. I decided to watch two films back to back, the first commencing at 8pm and the second at 10:30pm so I knew it was going to be a late evening. Little did I know when I purchased my tickets that The Fencer's director Klaus Härö would be present at the screening. The Fencer had its German premier at the festival and Härö appeared on stage personally to introduce the film. It was filmed in 39 days but took three years to make from start to finish. The film had obviously been a great labour of love for him.

The Fencer was a quality film that resonated with many people in the audience, myself included. It was difficult not to shed a tear or two particularly during the scene when the boy's grandfather was taken away to be deported because he dared to voice his opinion. This happened all the time during the Soviet occupation of Estonia. People were victimised for the most trifling of things. In this case it was a grandfather wanting his grandson to continue with his fencing class. 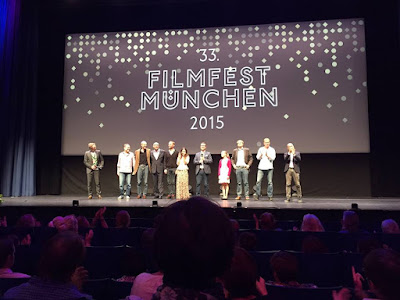 After the screening I was once again pleasantly surprised when the director appeared on stage again along with several members of the production team including the lead actor Märt Avandi. They answered questions from the audience which provided a greater understanding of the film and of the life of Engel Nelis on whom the film is based.

Later in the evening I was fortunate to meet Märt Avandi and Ursula Ratasepp. I shook both their hands and congratulated them on producing a fine film. I would really love to see more Estonian stories reaching a global audience.