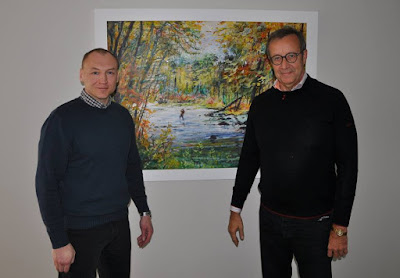 When Eston Kohver returned home to Estonia last month he thought Estonia had forgotten about him. Little did he know that people at home and abroad rallied behind him, demanding his immediate release. Yellow ribbons were worn in his honour. A year after his abduction and illegal detention in Russia, Eston Kohver is now safely back home in Estonia and has been reunited with his family. He recently met with President Ilves who expressed his joy to see him back on Estonian soil.
https://www.president.ee/et/meediakajastus/pressiteated/11625-president-ilves-kohtus-kaitsepolitsei-ametniku-eston-kohveriga/index.html