It's Mushroom Season in Estonia! 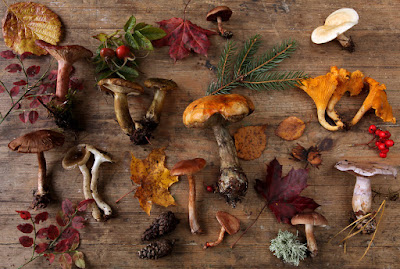 Autumn is mushroom season in Estonia and what better way to spend the weekend than to grab a basket and head to the forest! Estonia has a copious amount of mushrooms in its beautiful virgin forests and finding them is all part of the fun.

More than 3700 species of fungi have been identifed in Estonia with some scientists believing that this figure could be as high as 4500.  About 60 Estonian mushroom species are considered edible. The chanterelles mushroom is undoubtedly the most coveted by pickers - they're great in soups, pies, salads and omelettes. In fact Estonians put mushrooms in virtually everything!

When I first visited Estonia in August 2003 I was fascinated by the mushroom season. I remember driving through the countryside with my family and seeing people emerge from the forest with buckets and baskets. They were all well equipped wearing their jackets, boots and hats and carrying their utensils for harvesting. Sometimes we were in really remote areas of the country where it felt as though we were in the middle of nowhere yet mushroom pickers were active wherever we went. From the forest road I rarely saw parked cars and often wondered where all these people came from as there were no towns for miles. The distance between bus stops were often significant yet I often saw people waiting at them. It was obvious to us that Estonians have no aversion to walking.  In time I learnt that the perfect mushroom plot, if you can find it, is sacred and should never be revealed to anyone! 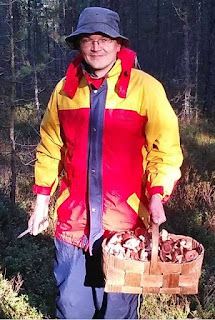