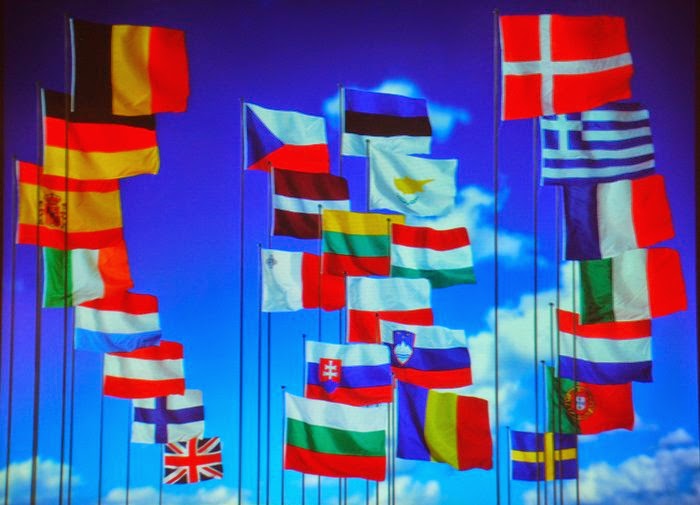 On this day my thoughts are with the people of Ukraine. Their country has suffered greatly at the hand of Russia and the old Soviet regime and I hope they manage to find a sound political solution to end the current crisis soon.

In the 21st century, it is truly mind boggling that a country would invade and occupy territory of a neighbour in Europe. It should never happen.  You would think, as a human race we would have evolved enough by now, be wiser, more intelligent than our ancestors who lived 70 years ago. The atrocities committed during the Second World War and its wake should be enough to deter any form of belligerence between countries in Europe. During this dark chapter in our history people have learnt the true value of peace, freedom and territorial integrity.

Russia is clearly a country trapped in the past, its leaders pining for an era that caused nothing but chaos, heartache and despair for its people and those dragged into its circle. A great leader, whether he's running a country, company or is the head of the household should have three essential qualities - honour, integrity and honesty. If you do not possess these qualities then people will not trust you, they will not respect you. Putin has tarnished his reputation by riding roughshod over international law, invading Crimea, fomenting violence and unrest in Eastern Ukraine and failing to honour agreements. Instead of making Russia great, he is bringing the country down and in time he will feel the consequences of this.

On Europe Day we should reflect and be proud of all the things our respective independent nations have achieved. Unlike Russia, who believes the best time has been and gone, we in the rest of Europe strongly believe that the very best is yet to come!