Inside the Anton Hansen Tammsaare Museum in Tallinn

If you want to catch a glimpse inside the life of one of Estonia's greatest writers, then a visit to the Anton Hansen Tammsaare museum in Tallinn is a must. Anton lived in apartment number 4 with his wife and two children from 1932 until his death in 1940.  Some of his greatest works were produced whilst living in this building therefore it has significant historic importance. In honour of his tremendous contribution to Estonian literature, the Anton Hansen Tammsaare museum was opened on the 30th January 1978 - the 100th anniversary of his birth.

The museum is divided into two sections; located in the old apartment number 3 is a literary historical display, tracing the life and work of A.H.Tammsaare. Next door, in apartment number 4 is the former home of the Hansen family. The five room apartment has been restored according to the period in which the writer lived.

The museum consists of over 6000 rare and interesting items including books from Anton's private collection, his violin and death mask. Visitors can also purchase copies of his works at significantly reduced prices compared to other bookshops and sometimes in different languages.

Located at 12A Koidula Street, the museum is easy to reach by tram number 1 or 3 from the city centre and is only a short walk away from Kadriorg. Well worth the visit! 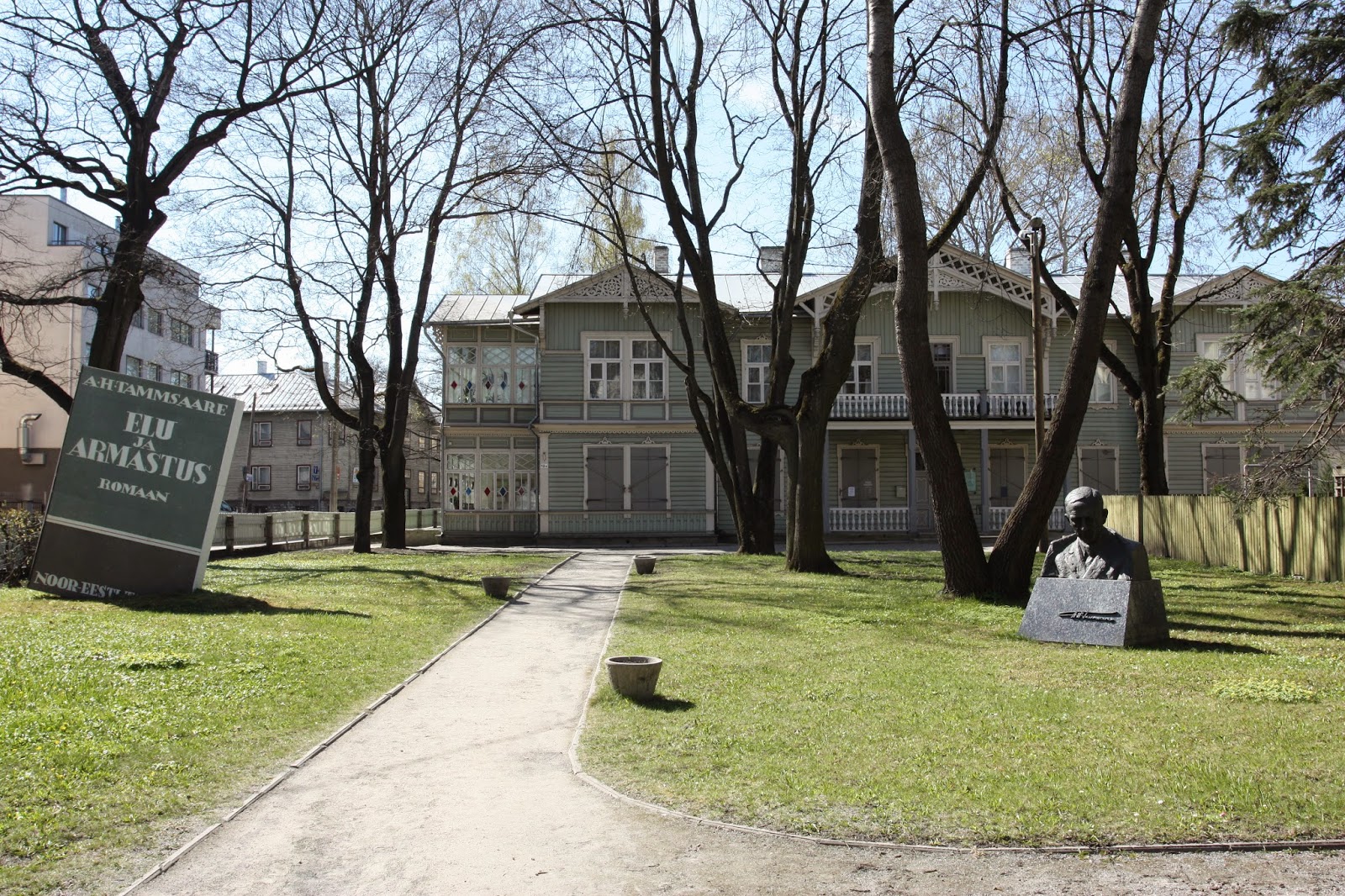 The building originally consisted of four apartments and now functions solely as a museum. 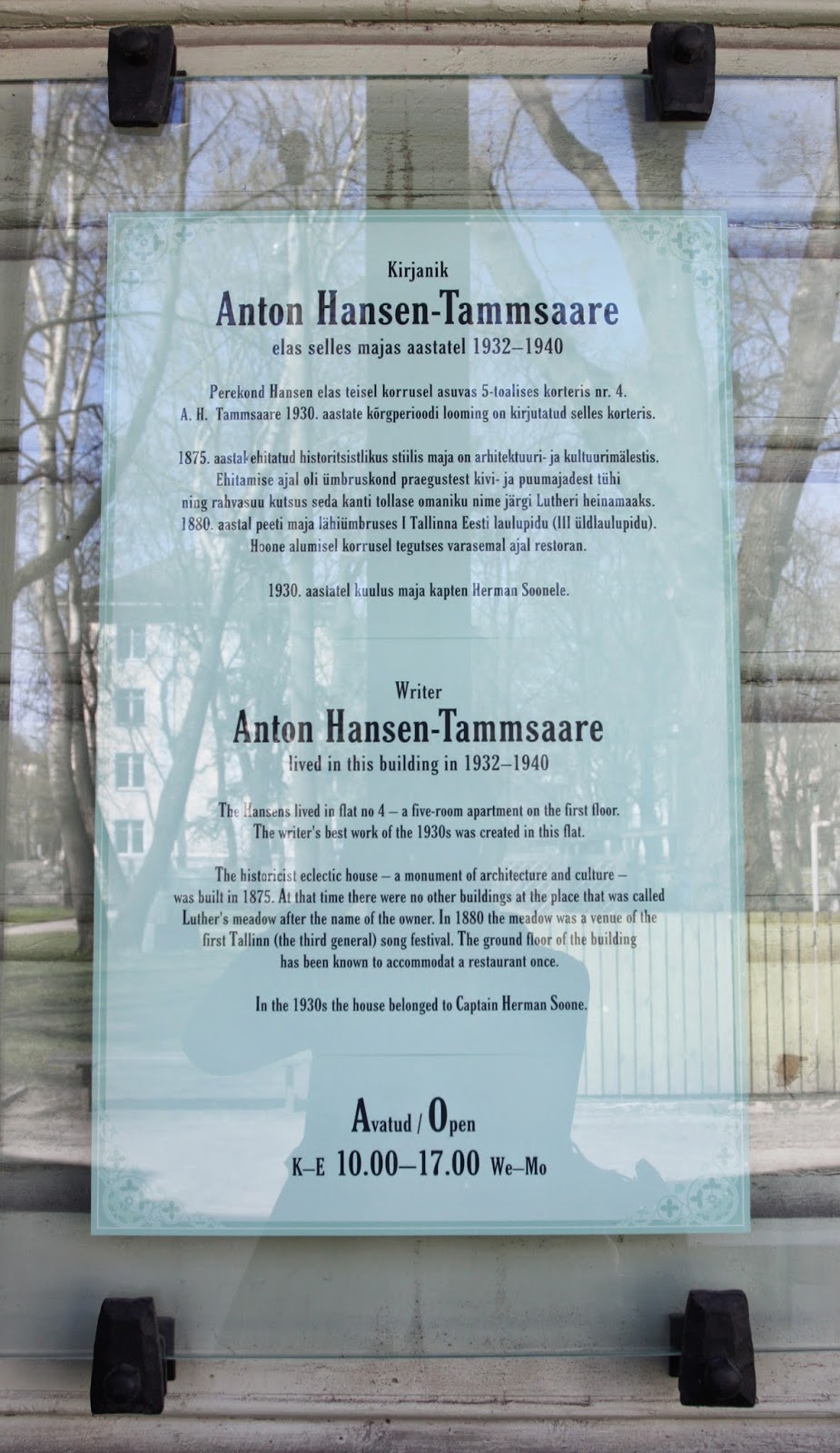 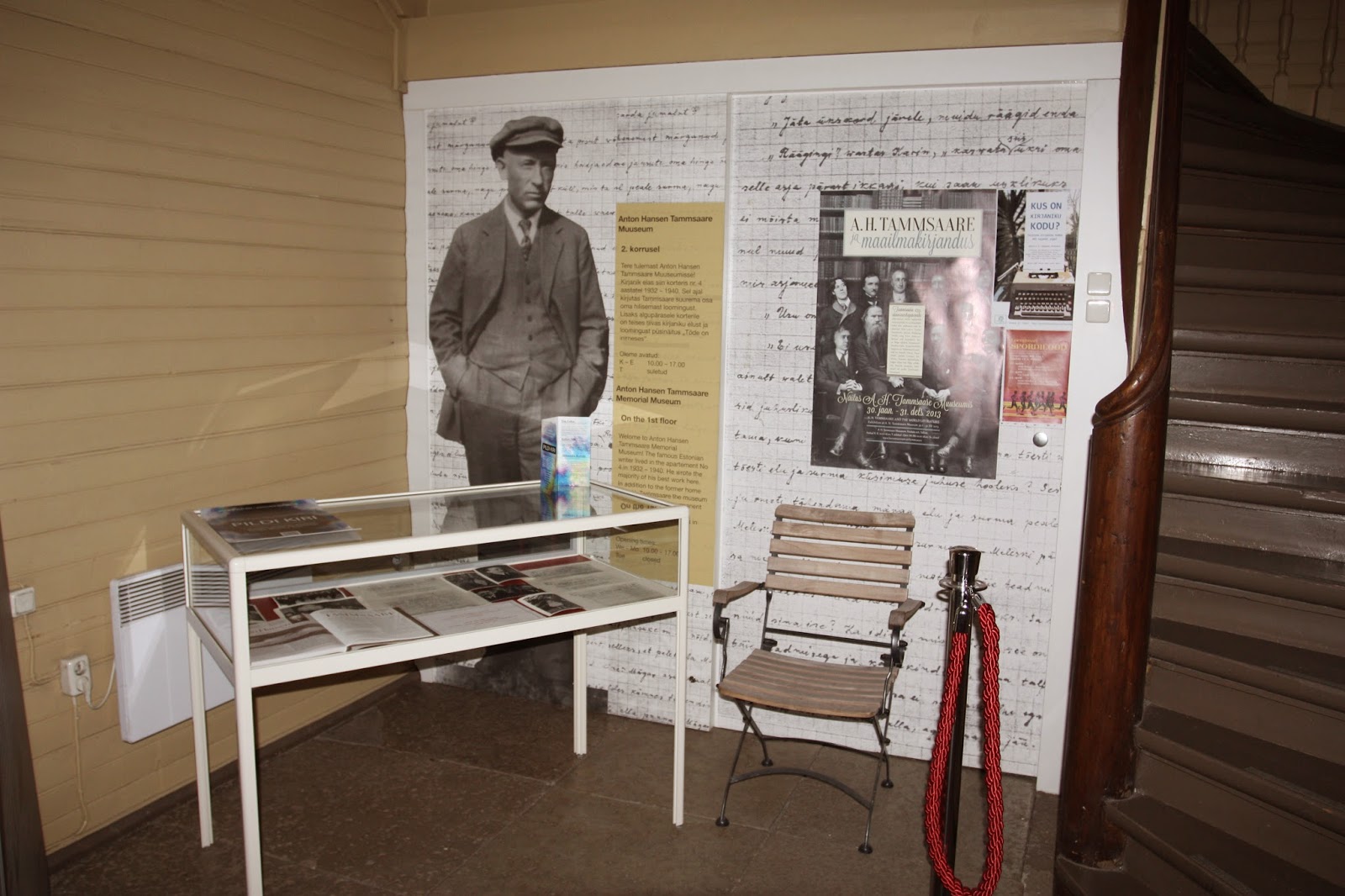 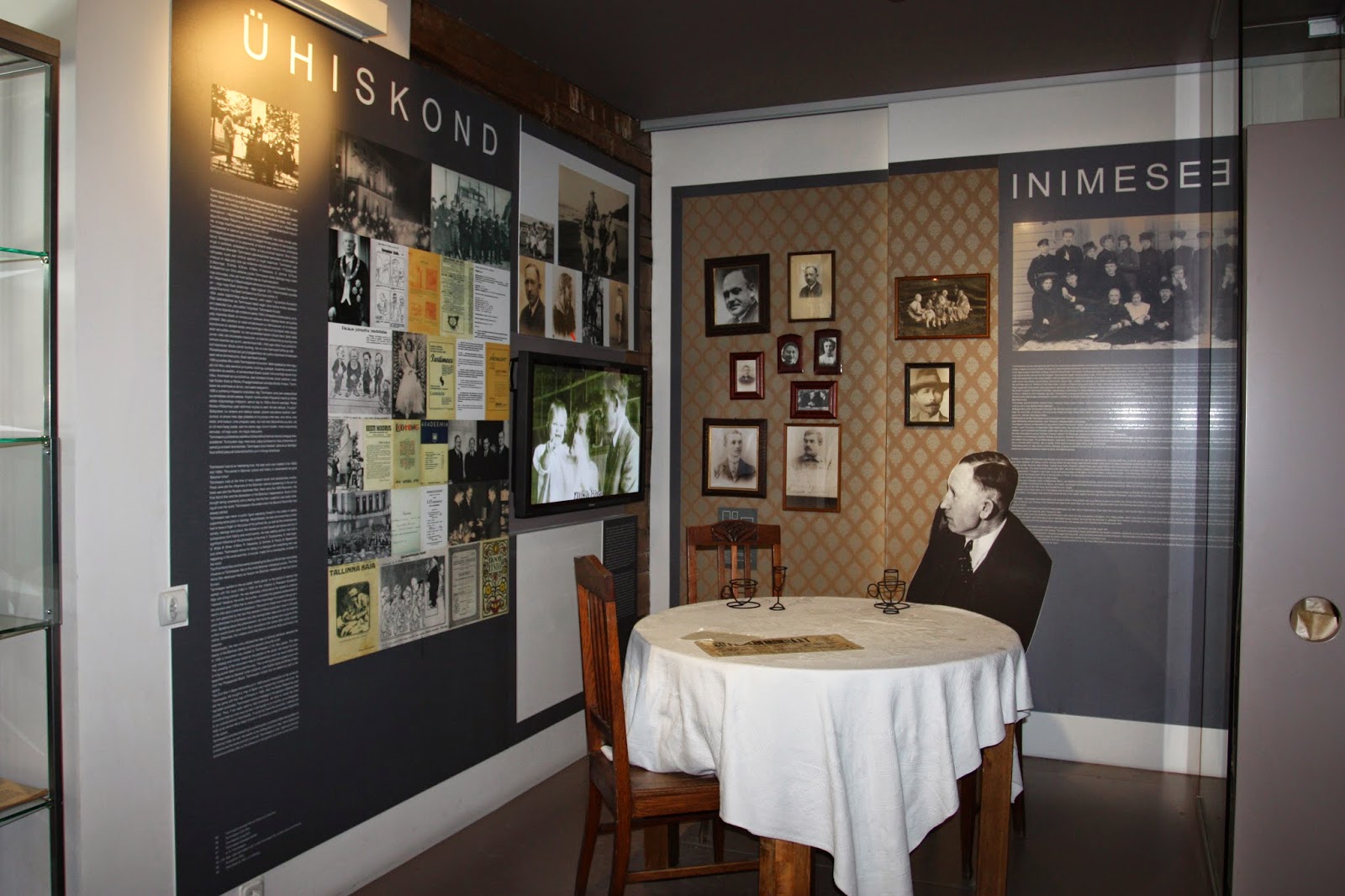 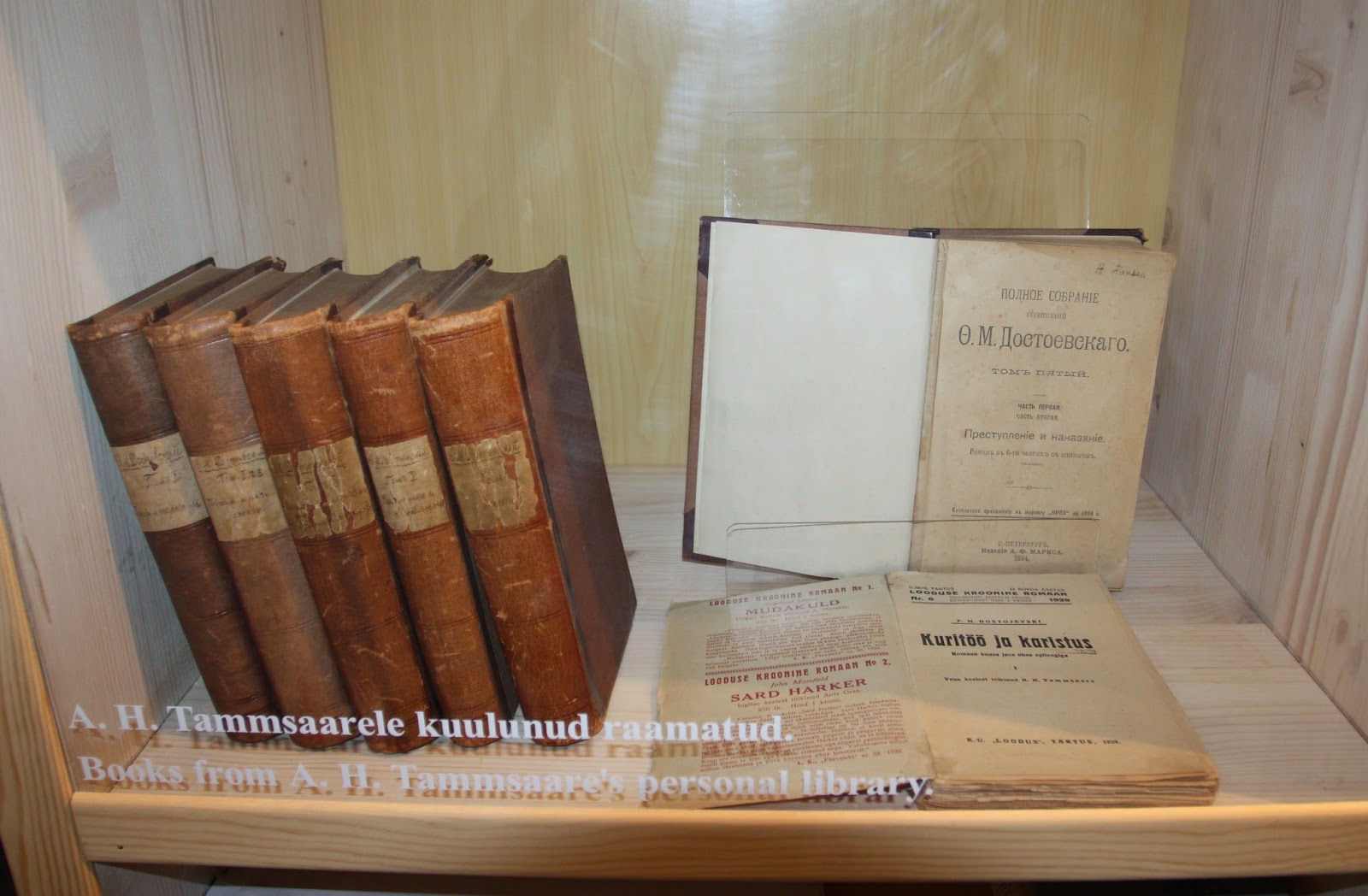 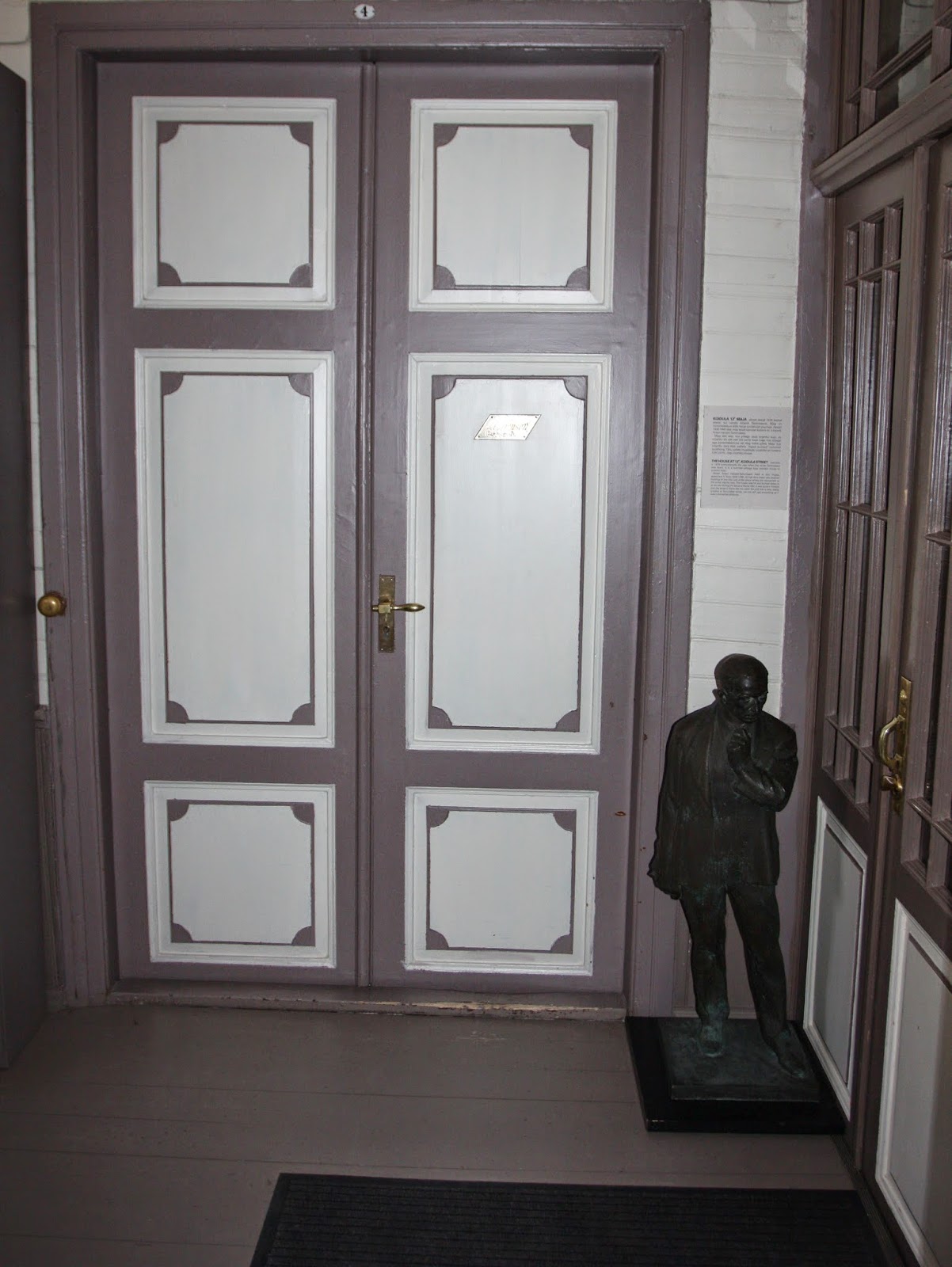 The front door to the Hansen family home. 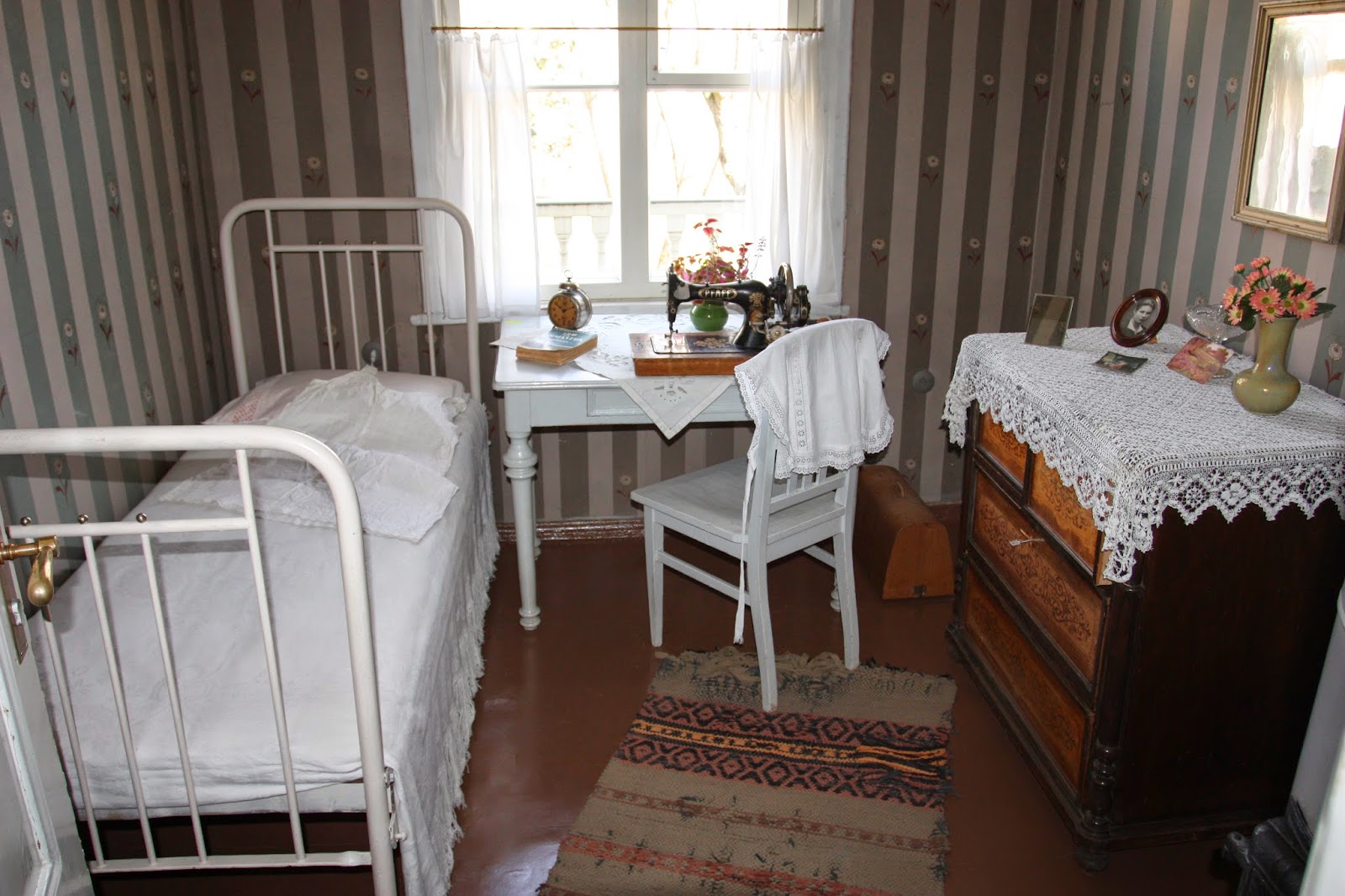 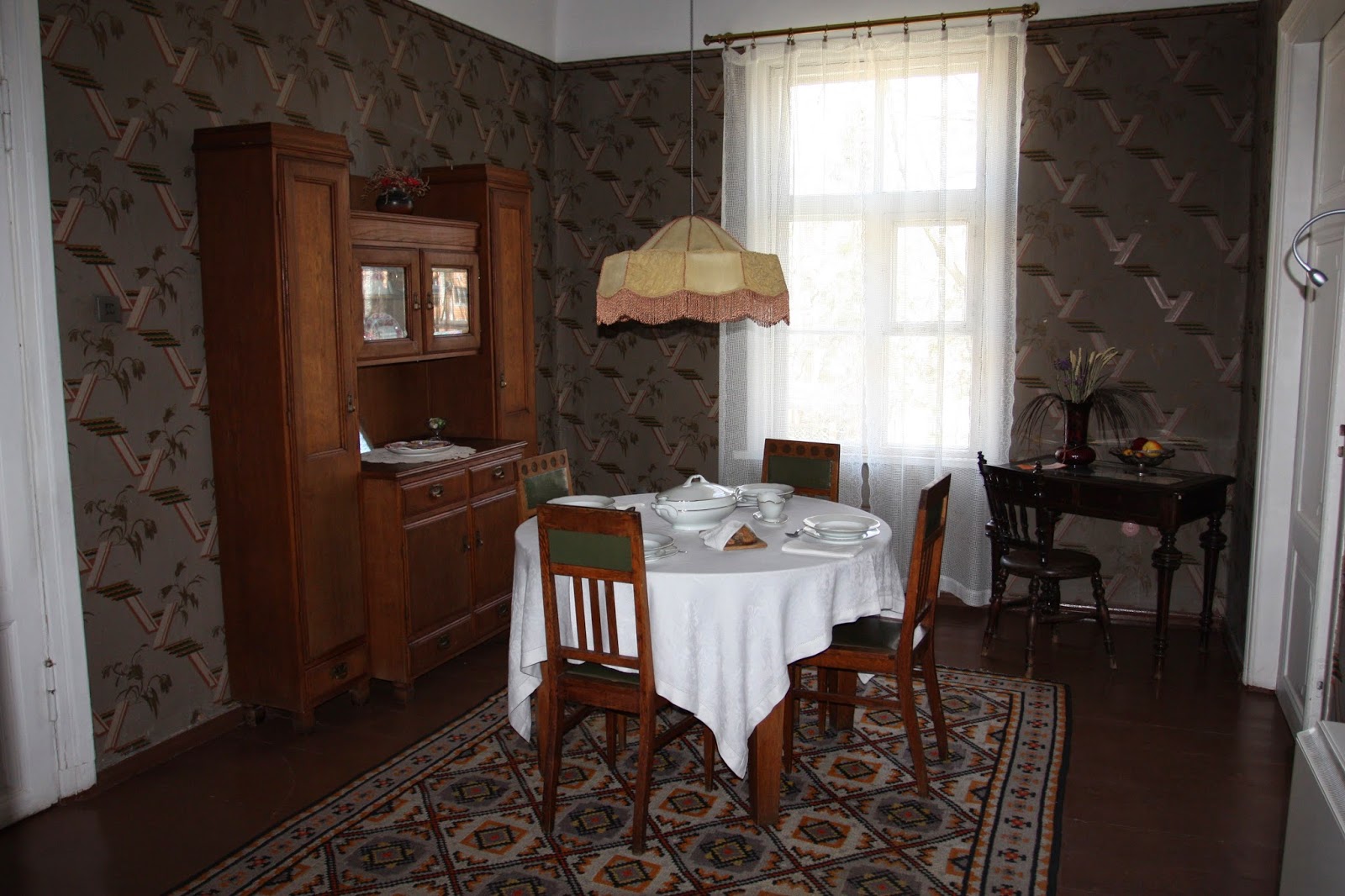 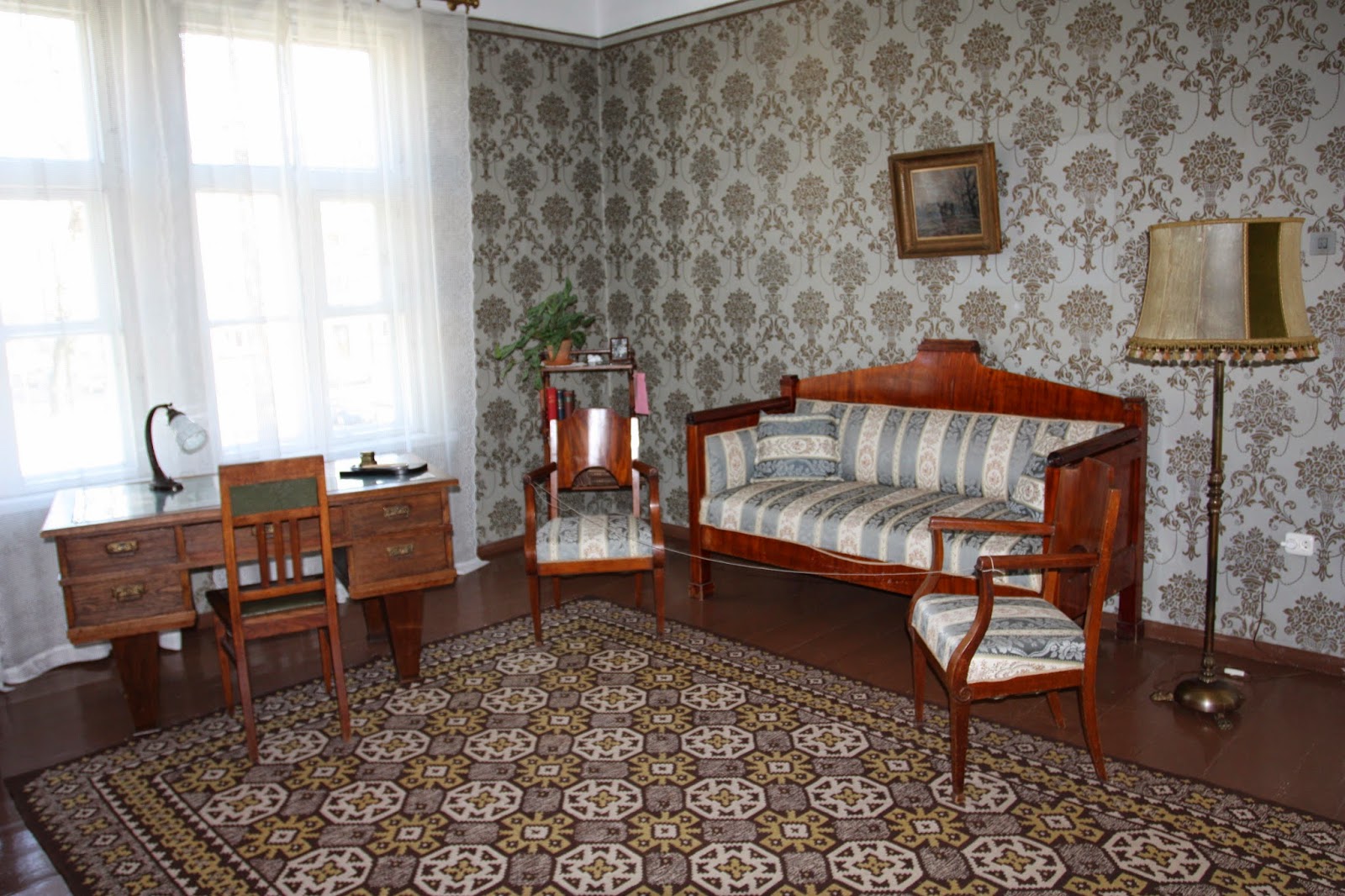 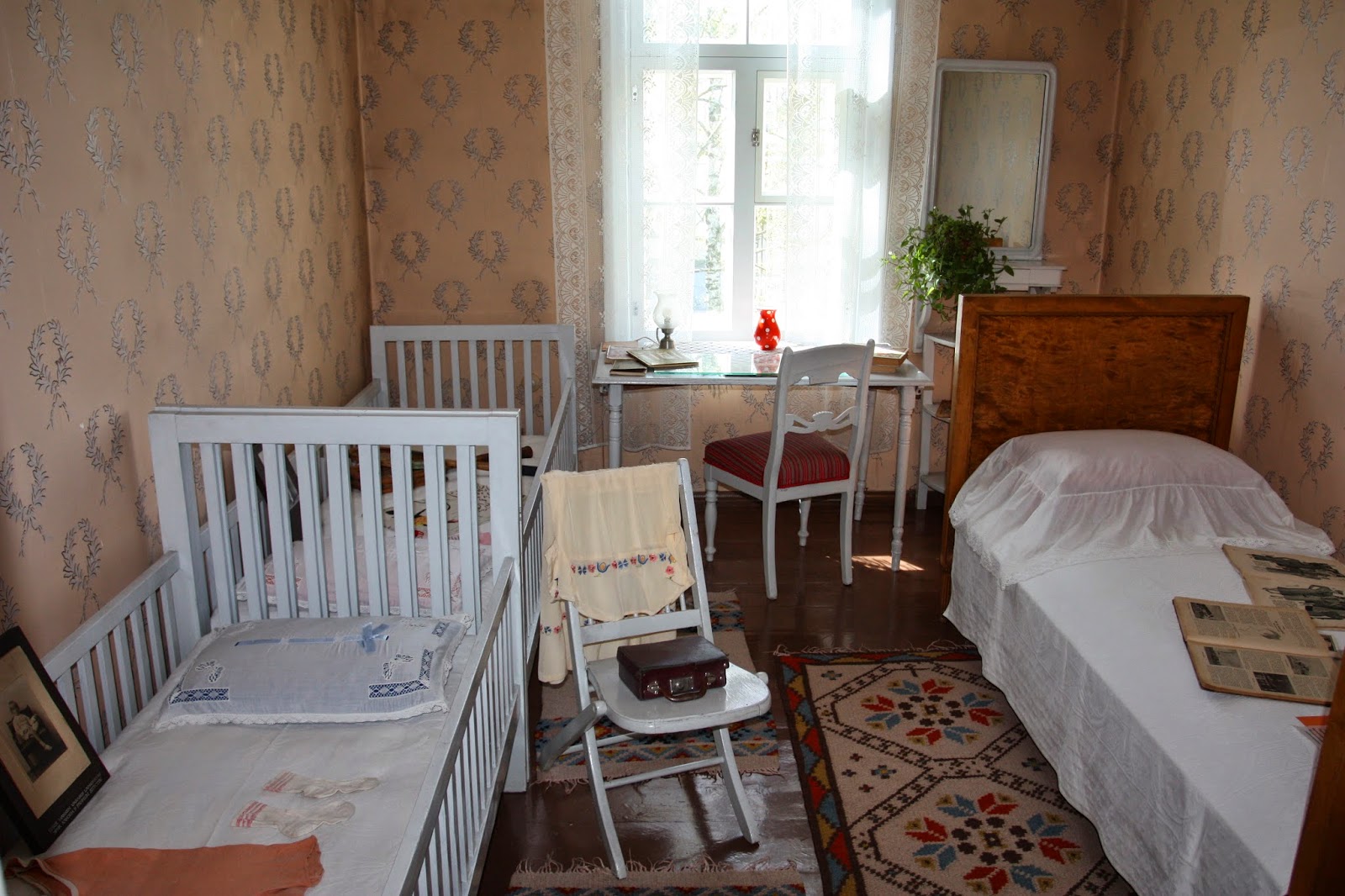 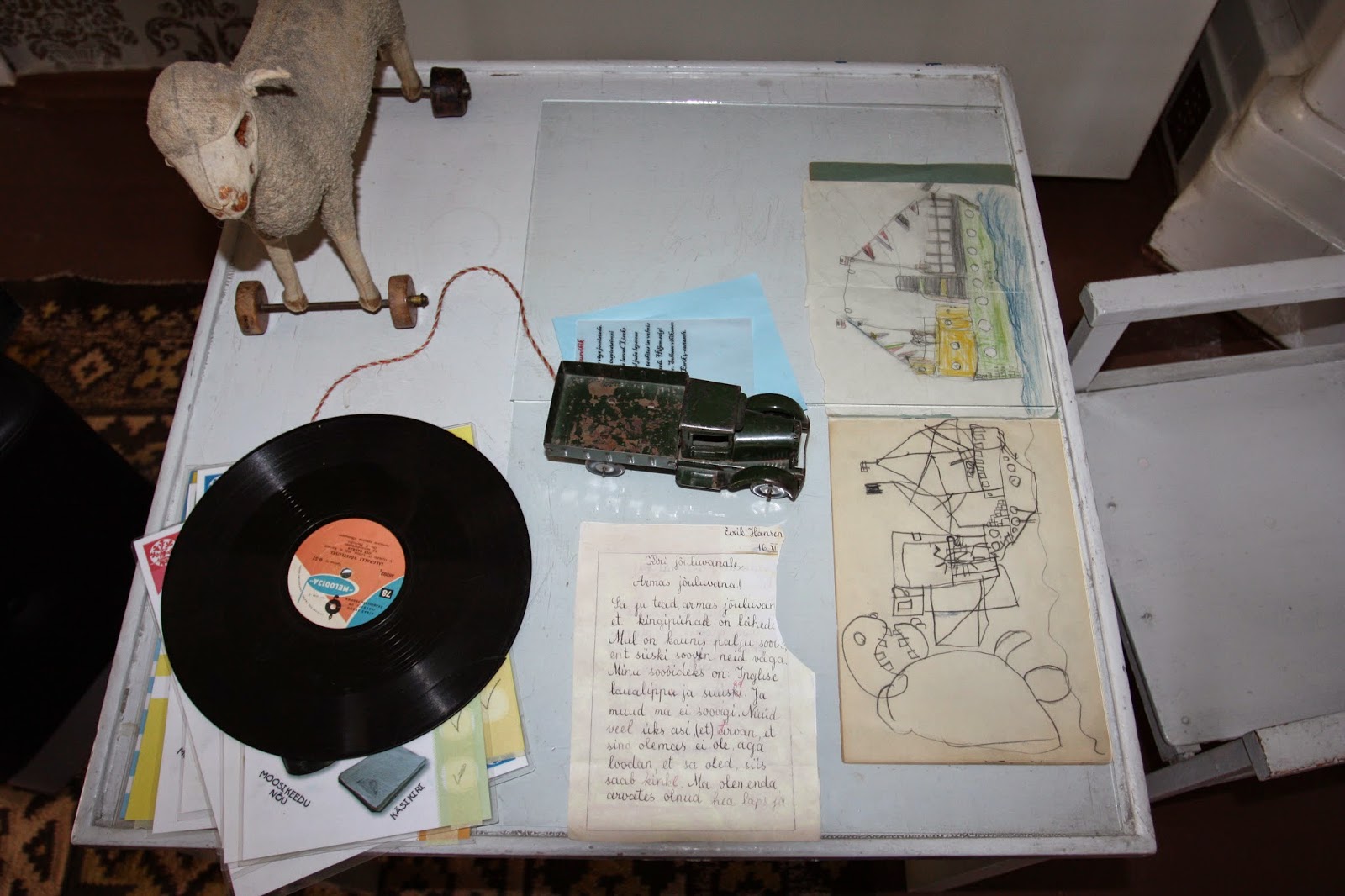 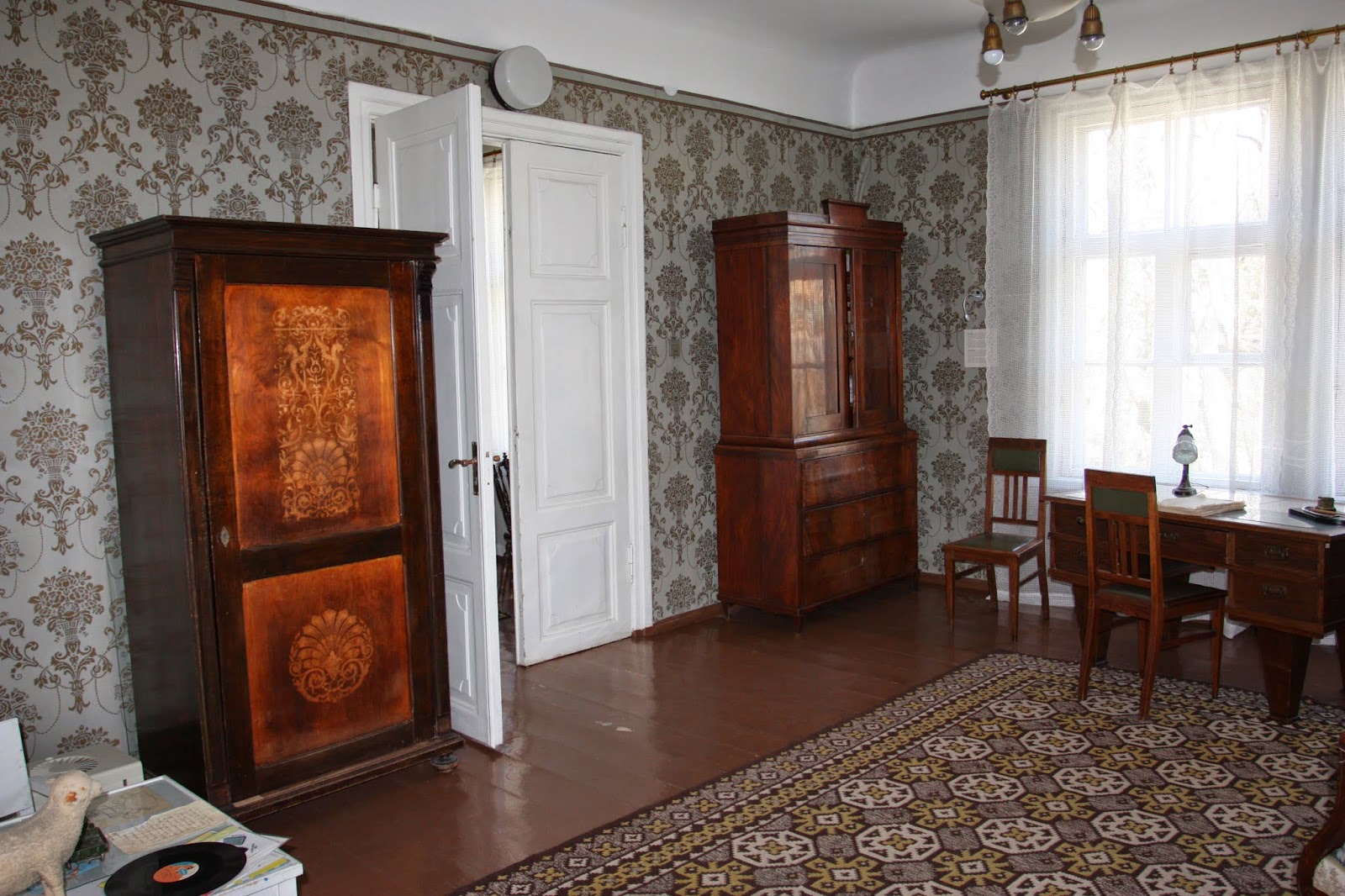 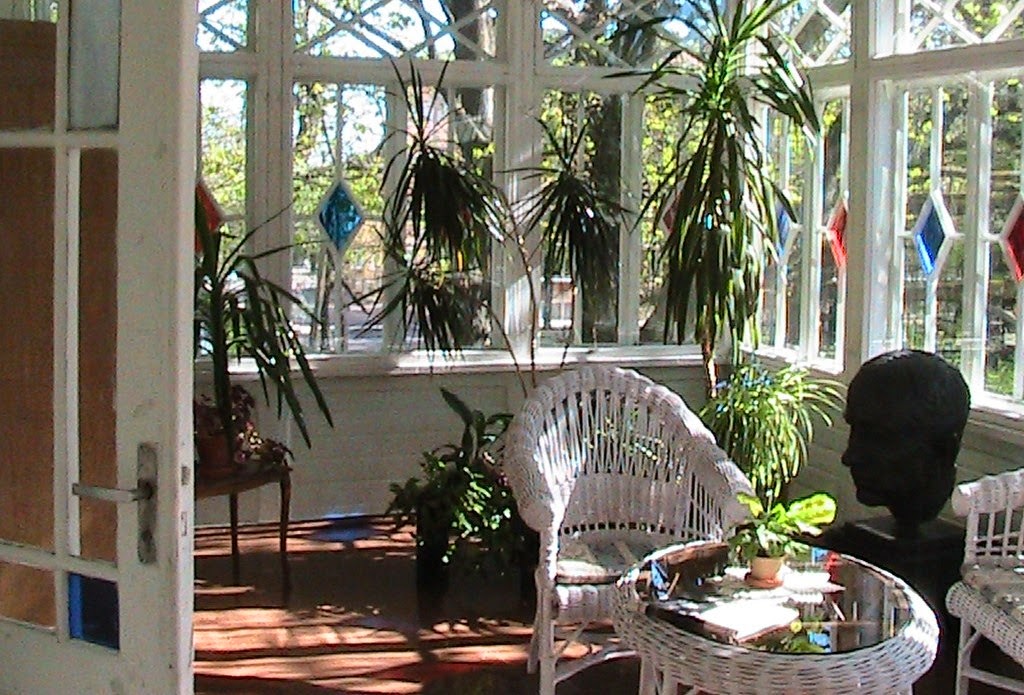 
More information can be found at:
http://linnamuuseum.ee/tammsaare/en/