It's always wonderful visiting Estonia. What makes a trip truly mememorable, however, are the unique experiences, new discoveries and the things which take you completely by surprise. Last year when I went in search of my great-great grandfather's grave I was pleasantly surprised to discover that his final resting place was not a lone grave but a family plot containing approximately seven of my relatives! Sadly, however, their iron crosses had been removed and the only thing located in the plot was a headstone for two distant relatives. Wanting to preserve the memory of my family in their plot, I contacted the daughter of the distant relatives to make my suggestions and we agreed to restore the family plot.

My great-great grandfather Alexander Otto Lesthal was buried here in 1921. He was a trained pharmacist who also managed several manor houses in Estonia including Saksi and Ravila. Beside him lies his wife Helene as well as five of his children Emma, Olga, Arved, Anna and Melita. His first wife might also be buried here too but that is yet to be confirmed.

10-15 years ago thieves raided cemeteries in Estonia and stole the copper name plates that were attached to the iron crosses to sell as scrap metal. The appalling and desperate act of desecration has now left thousands of graves across the country nameless.

A former caretaker of this cemetery made matters worse by removing the old iron crosses from the graves and piling them by the side of the church. Thankfully the new management has ruled to preserve the crosses and relatives can return them to their rightful place.

Several times I searched through that pile of crosses to no avail but it was only a few days ago, buried deep under them all, little Melita Lesthal's one was discovered. She died in 1894 at a mere 19 days old and is the youngest member of my family to be buried here. Fortunately her copper plate was intact with an old German hymn "Zeuch hin, mein Kind" (Death of a Child) written on the back. It was a heart warming discovery,  I was so happy to find it!

There were two crosses amongst the pile that were of the same design as young Melita's and I have claimed them. It is highly likely they belong to us. One was still attached to its stone so I returned it to the plot, the other needs a bit of work done on it. The next step is to order new plates for the crosses so that everyone buried here is mentioned. Working on this restoration is a very rewarding experience, it makes me feel closer to these relatives and provides a sense of satisfaction, knowing I am correcting a wrong. 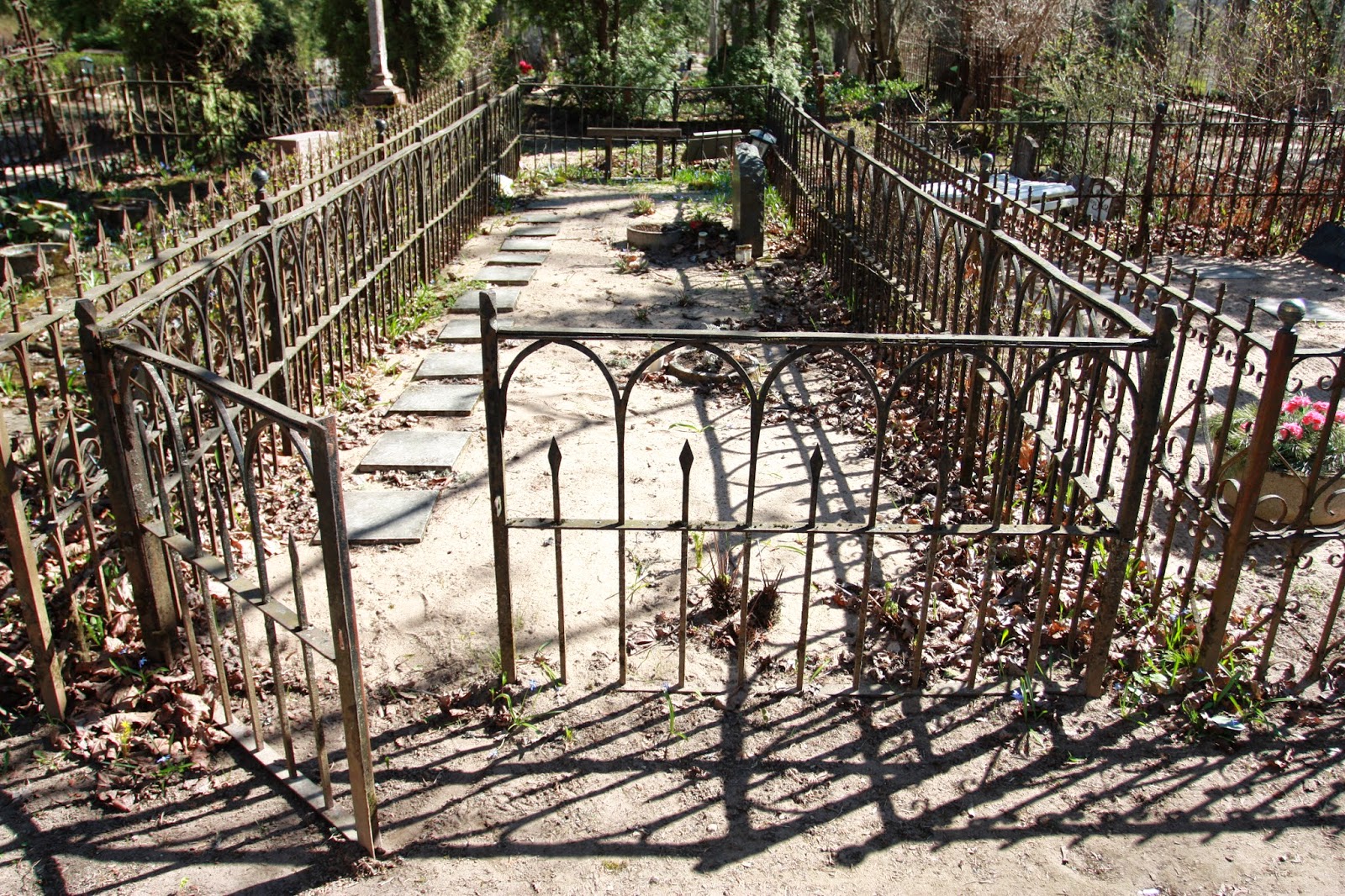 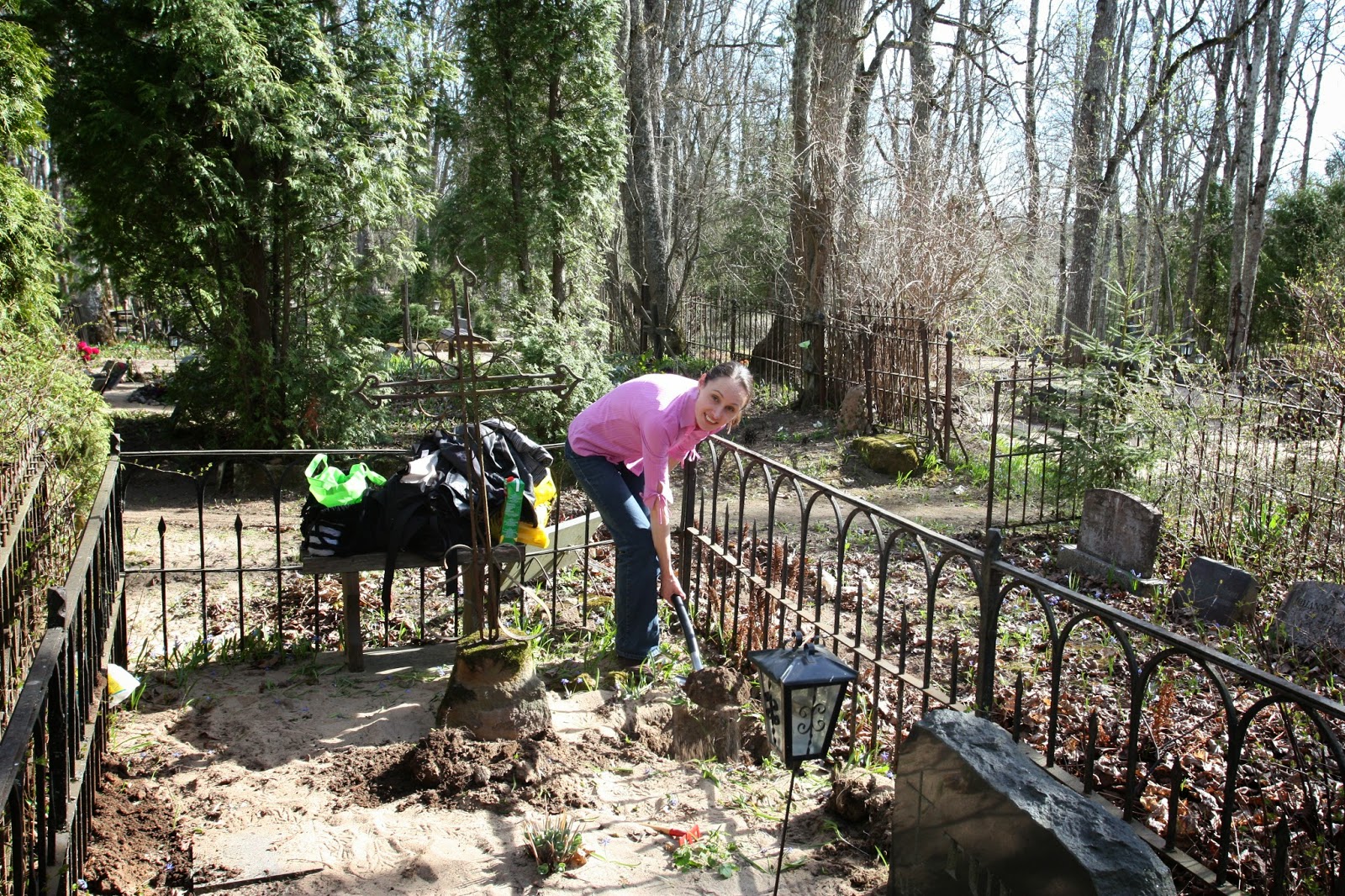 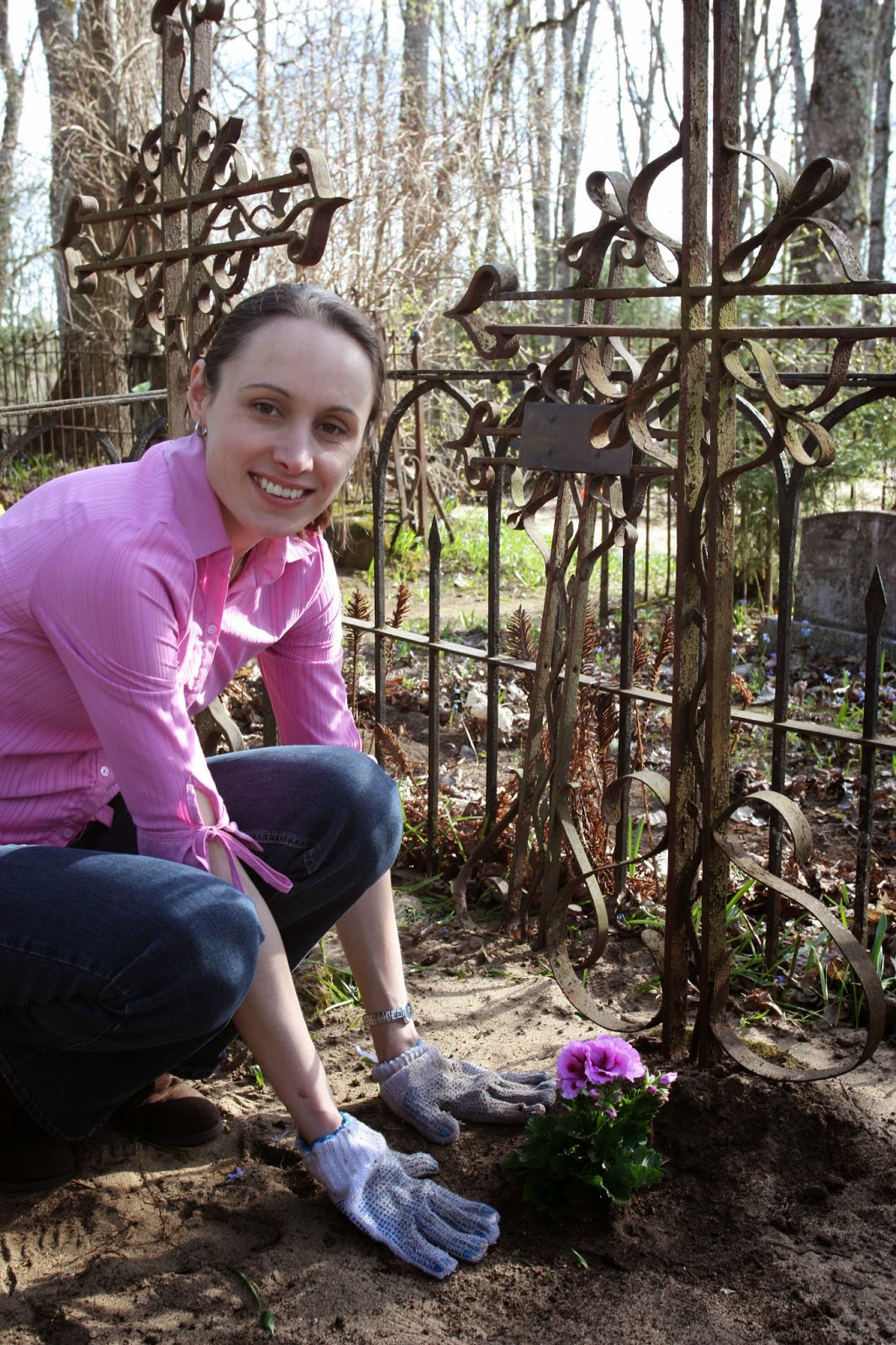 I'm happy with the progress. 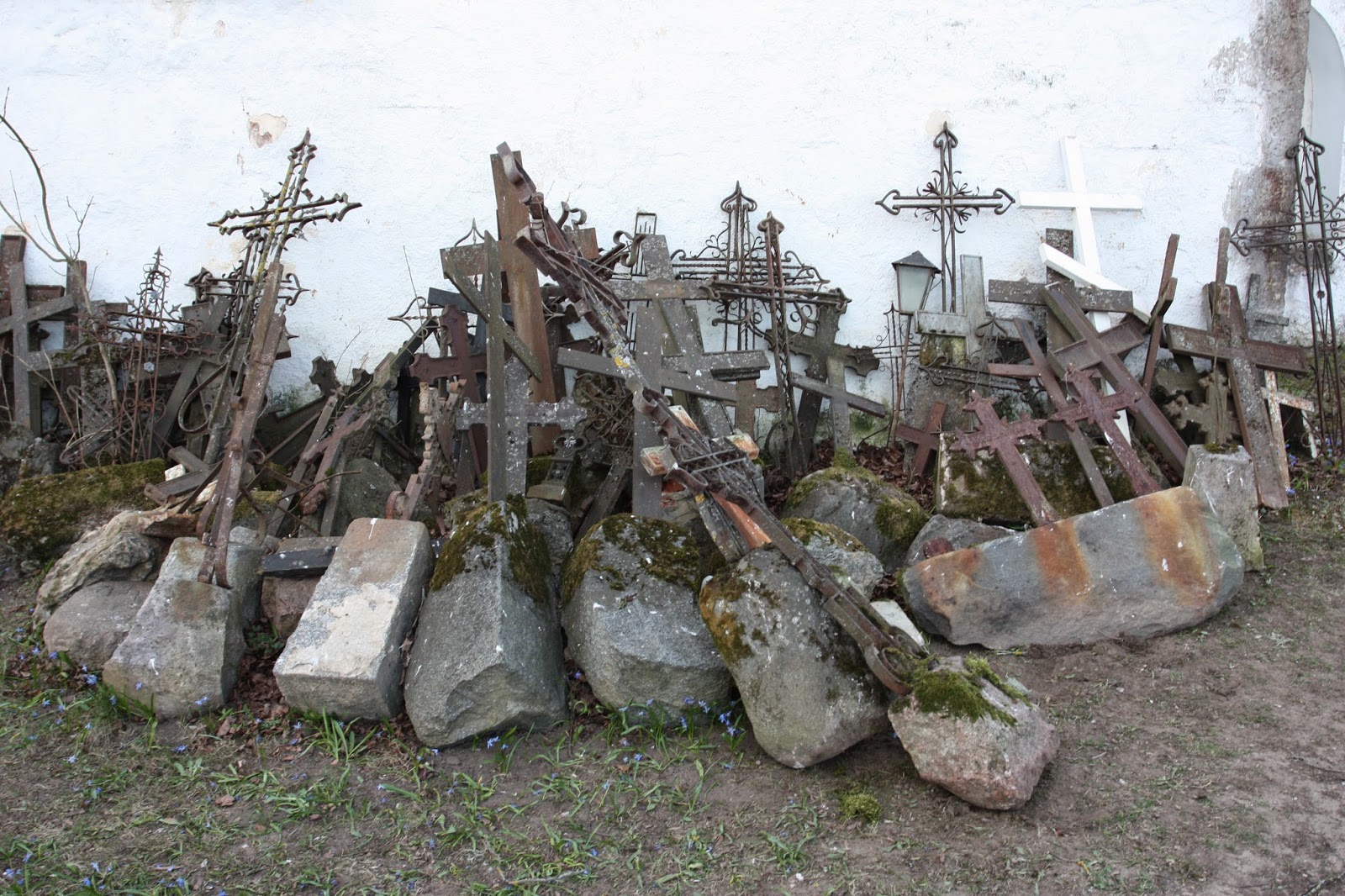 Pile of iron crosses removed from their graves. 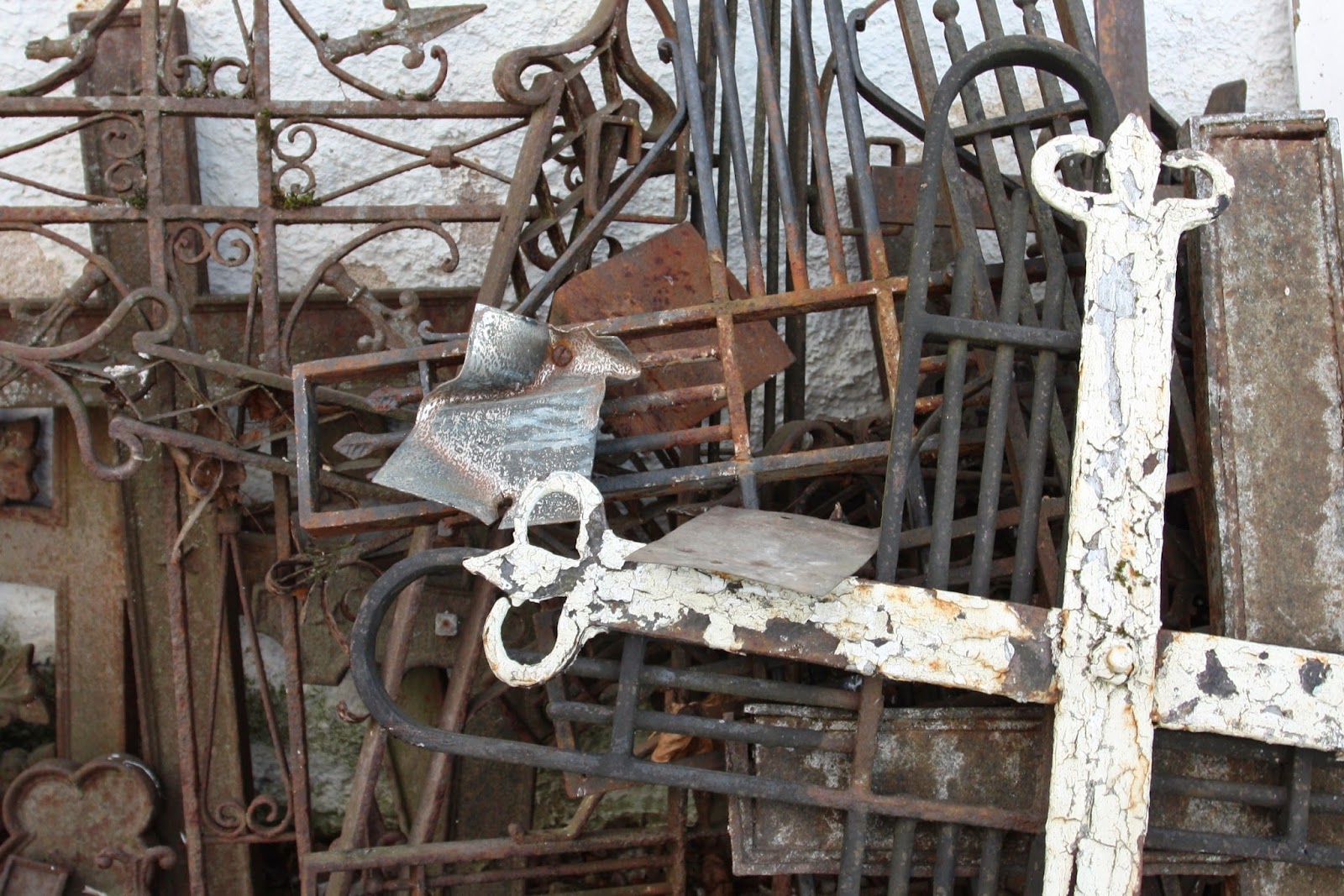 The plate featured here is badly mangled due to the desperate attempt to steal it. 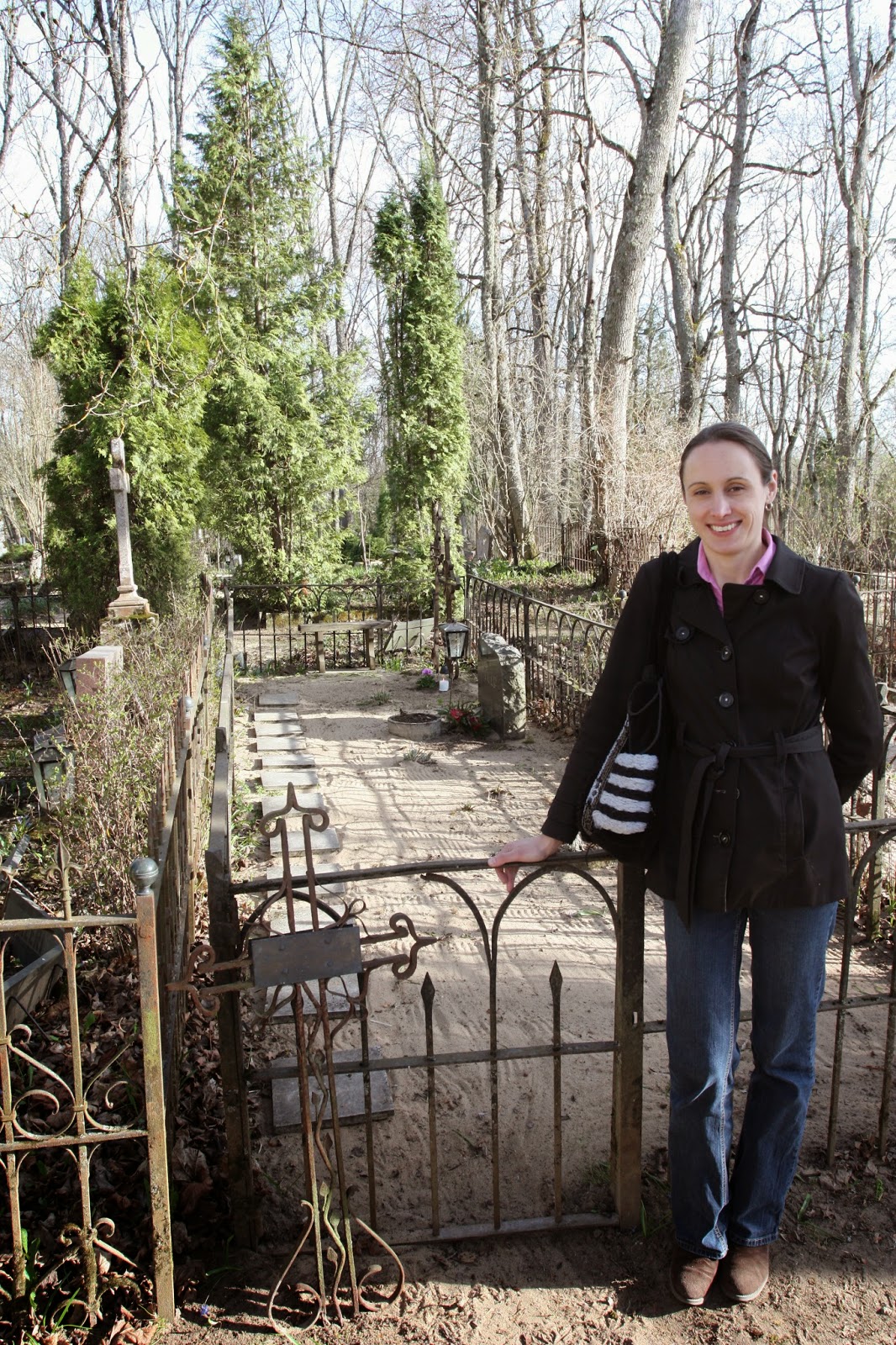 Finding Melita's cross was a great stroke of luck.
Her copper plate was securely fitted with four bolts, rather than two. 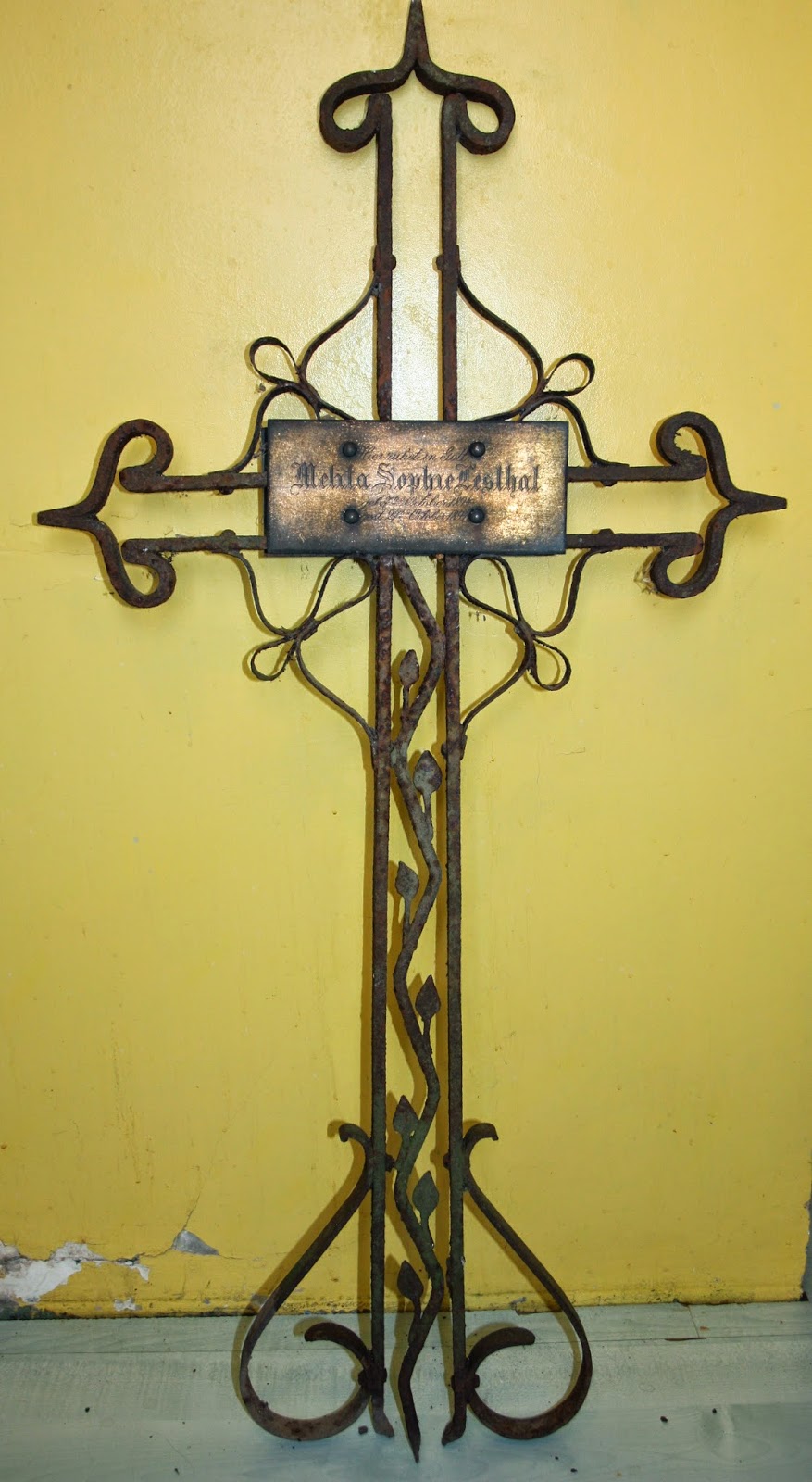 First polish. Text is a bit easier to read now. 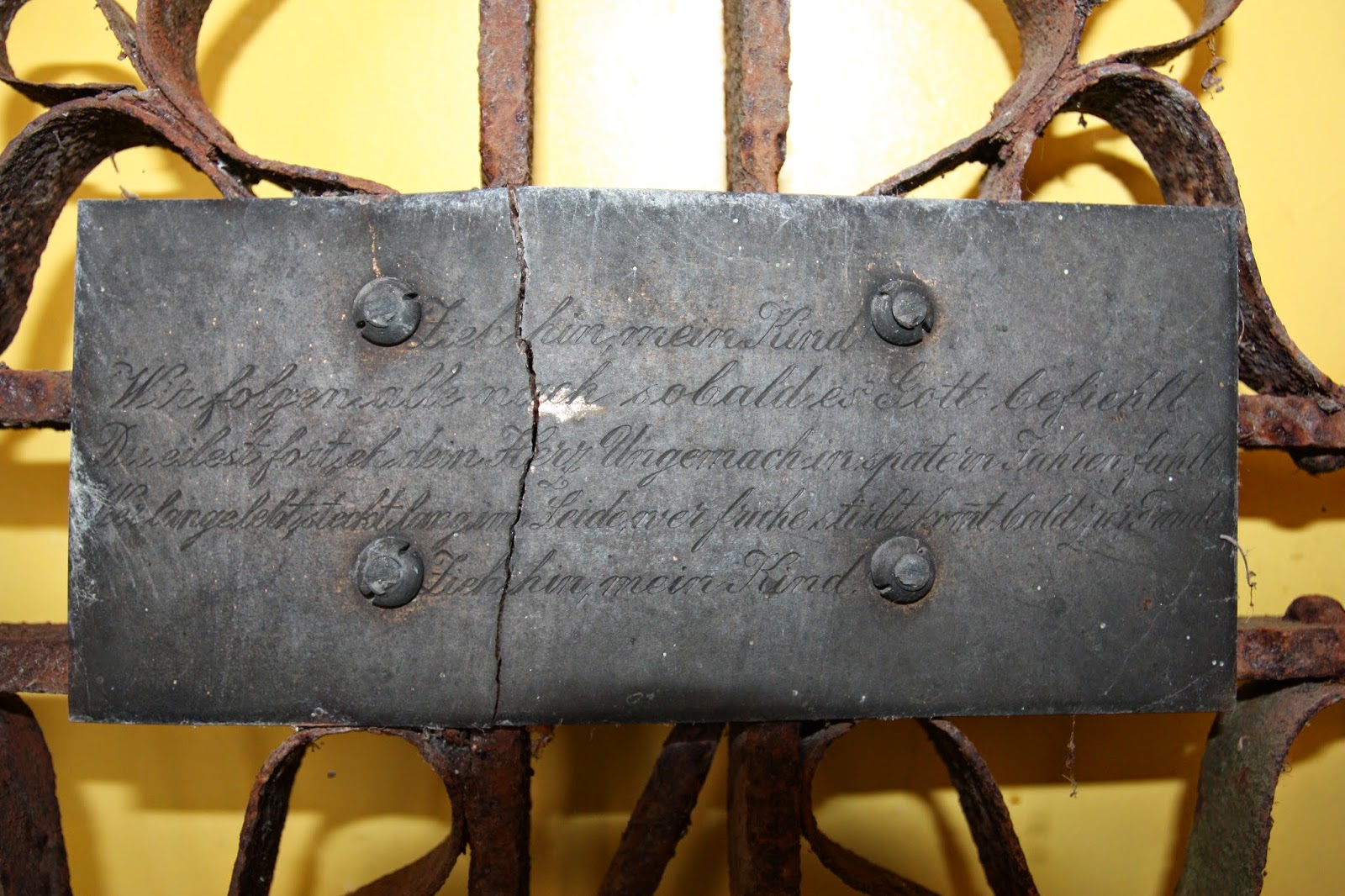 English translation
Press on, my child! We follow all who have gone before,
as soon as God commands it.
You hurry forward, ere your heart becomes heavy
in later years one feels,
he who lives long, must likewise suffer long,
he who dies young, finds joy soon once again
Press on, my child!